“Fever” is the latest work by artist David aiu Servan-Schreiber, currently on display at the contemporary London space “Vault Project”. The installation is made up of two works, 2.4 and The crypt, where the artist compares the phenomenon of Fever in the human body with the phenomenon of global warming on our planet. David’s work combines astronomical themes and suggestions of religious iconography using a variety of materials, from paint to cement, wood, fire, that he combines in an immersive and mysterious environment for the viewer.

Born in France in 1989, the artist lives in England and carries out the Vault project, a place in the heart of London that he co-founded with his friends Pierre Piwnica and Marie Obegi, in which they offer residencies for emerging and established artists, while the public can participate in the creative process through open studio tours, workshops, screenings, concerts, exhibitions and conferences in the unique 350-square-meter space.

The current show is divided into two parts: “When the vanilla melts” by Marie Obegi and “Fever” by David aiu Servan-Schreiber.

The works of David Servan-Schreiber seek to celebrate and connect with our planet. His series deals with different aspects of the earth and nature that he has been investigating since his previous series: Planets and Microcosm, where the use of fire makes a direct reference to the problem of deforestation and a land that has been affected by the toxic human touch.

“Repetition is the ritual of obsession.” The phrase is from Richard Serra, one of the representatives of Land Art, who produced large-scale sculptures. David takes this phrase as an emblem that is present in several aspects. Another tool that he uses is the immersion in space through light, sound, and the way of setting up the work.

From fire painting to light installations in The Crypt, the artist plays with the perceptual mechanics of vision, with unusual mediums that distort form and dislocate the surface.

A work dedicated to “showing gratitude to the earth”, where through the poetic gaze that the artist proposes to us, we can feel the fragility as human beings and the way we relate to our planet.

David Aiu Servan-Schreiber works in London and Paris. He is represented by MTArt Agency. His works of art have been exhibited internationally in New York, London, Paris, in many prestigious spaces such as Sotheby’s, Rosewood London and Frieze Los Angeles, and Art Paris. 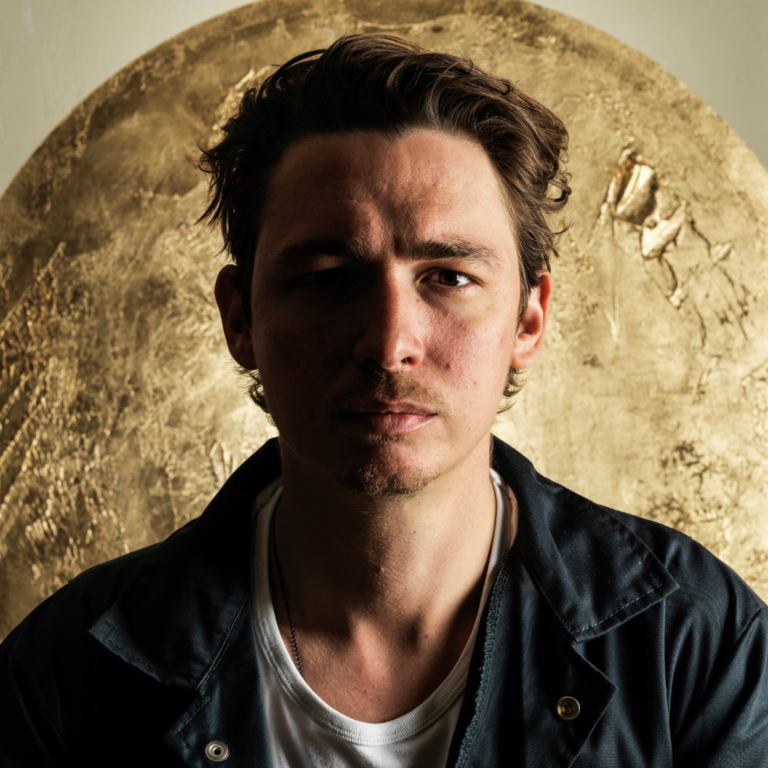 Next:
‍
Art in territory, education and environment