Victor Vasarely (1906-1997), Hungarian-French abstract artist, father of Op-art (optical art) was a genius who painted illusions capable of deceiving our eyes. Influenced by the teachings of the Bauhaus, it promotes a more communal art, a social art accessible to all adapted to the changes of the modern world.

Vasarely’s carefully calculated drawings of bright squares and luminous circles that made the surfaces of his paintings appear to twist in space and time – sometimes wavy and concave, sometimes rotating and convex – led him to develop in the field of graphic design and advertising in Paris in the 1930s. 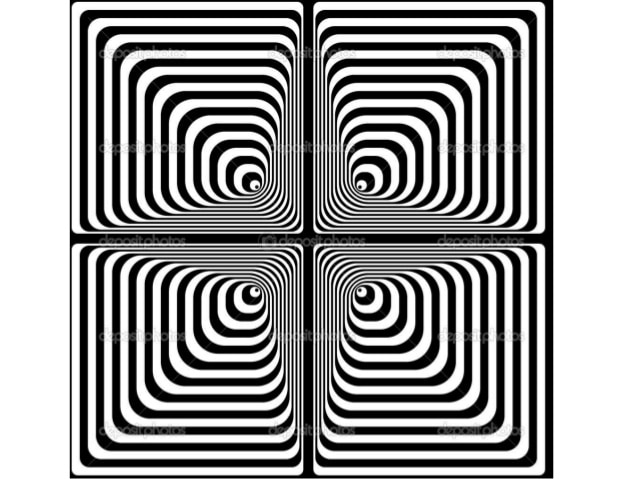 In the 1960s, he concretized the idea that abstract artists had at the beginning of the century: he invented a plastic alphabet that would be the starting point of a collective art. Through the interplay of combinations and permutations, a multitude of propositions becomes possible by combining the shapes and shades of the ranges defined by Vasarely. 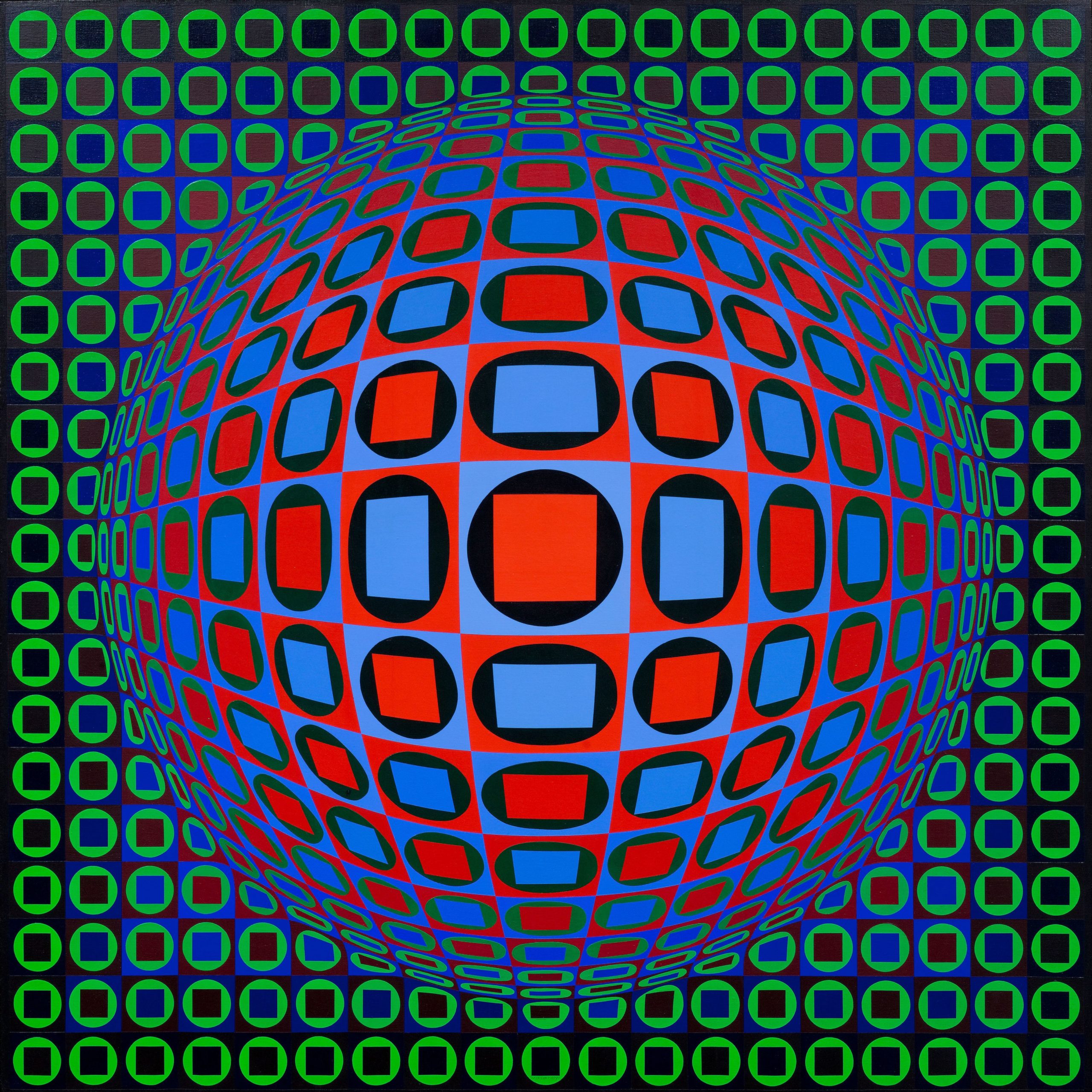 Hand in hand with Chicos al arte we will enter the world of OP ART working the plot to create sensations of movement on a two-dimensional surface through optical illusions. We will move to three-dimensionality generating a volume where each face will be intervened, trying to give the sensation of movement in a flat space. According to Vasarely, “Nothing is what it seems.”

-Mold to create a cube. Download here to print. 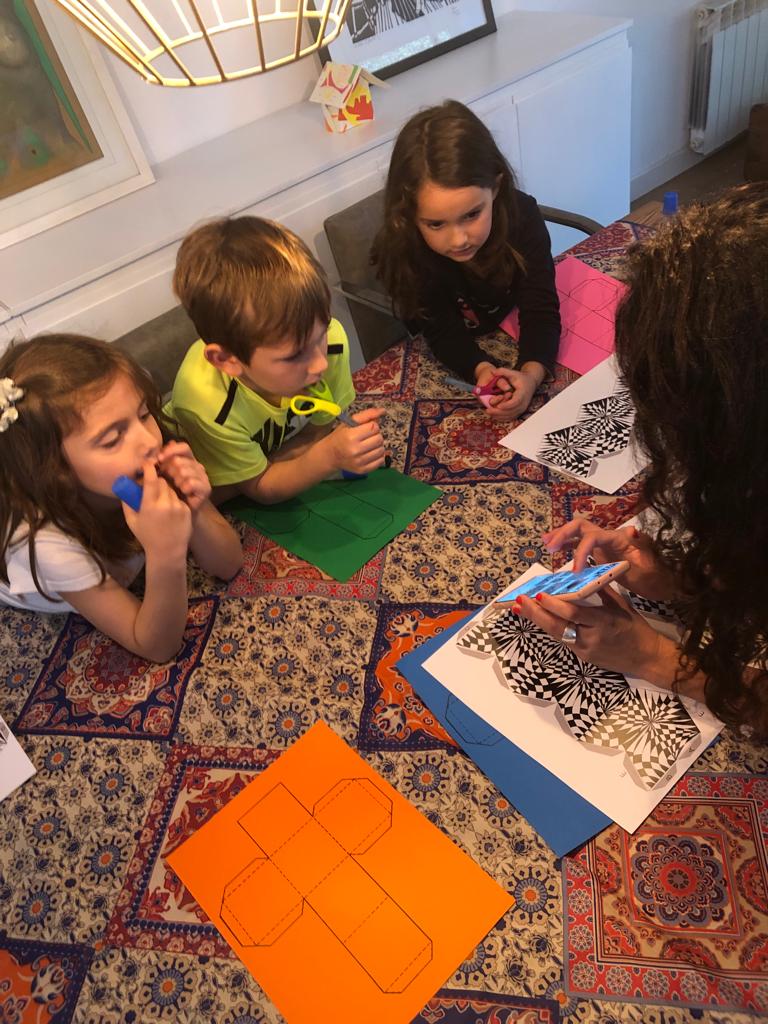 Start by chatting with children: What is optical art? What do you think? Show them pictures.

Cut the cube mold along the black lines. 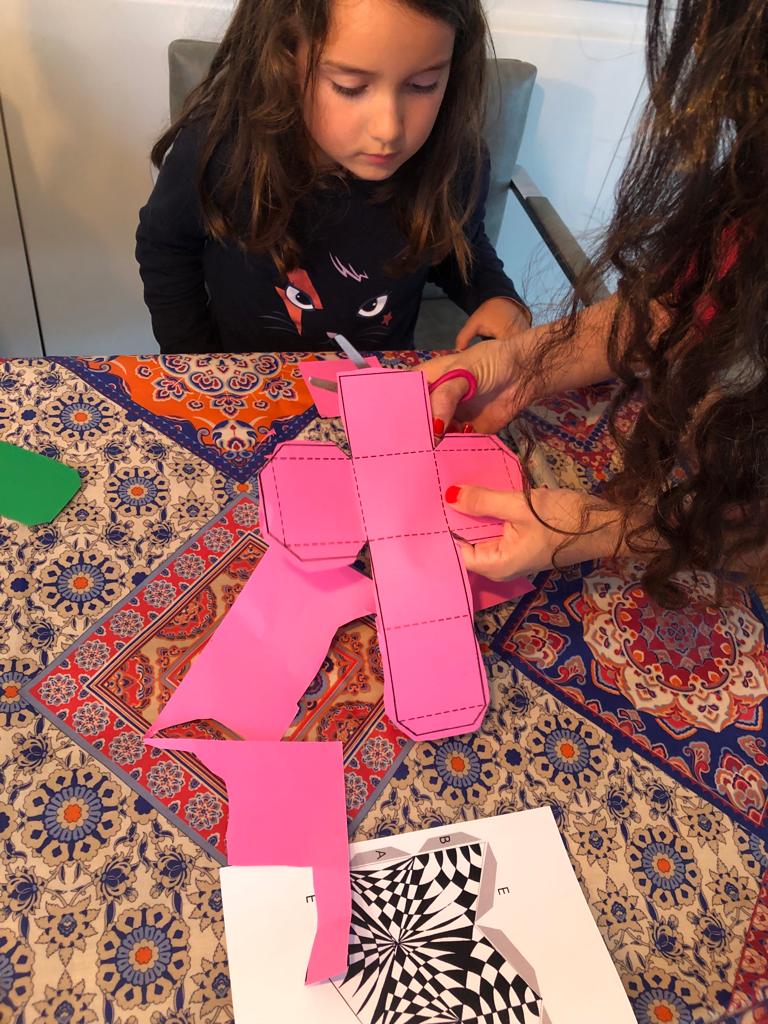 Fold along the dotted lines, so that the mark remains (like origami). 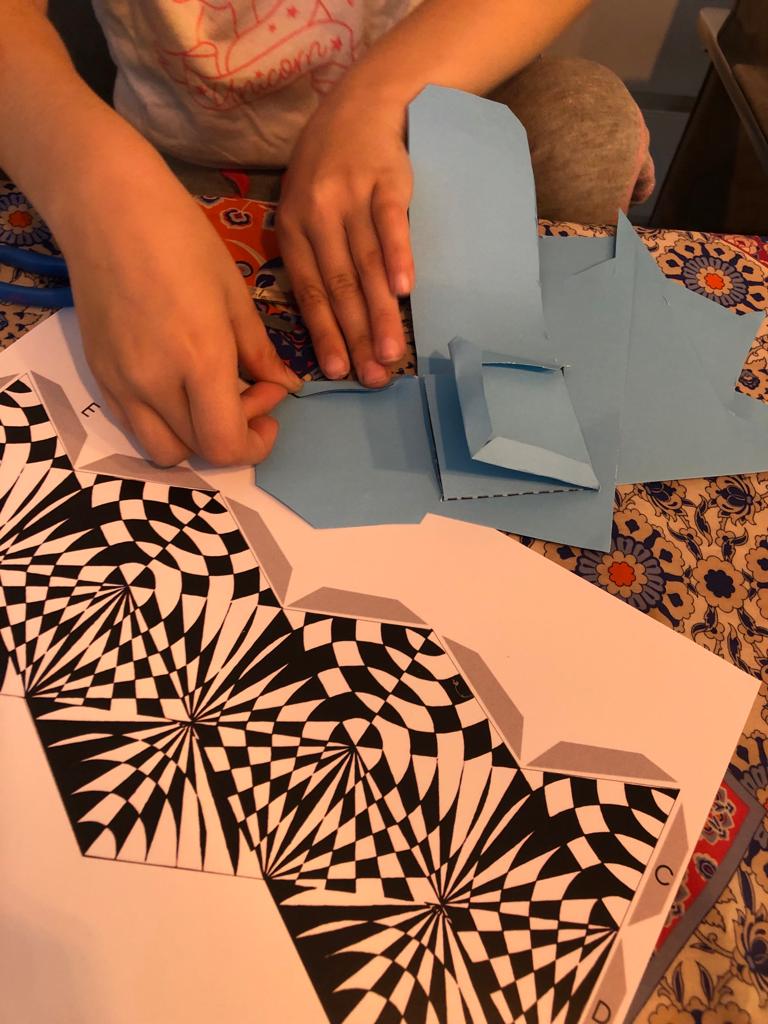 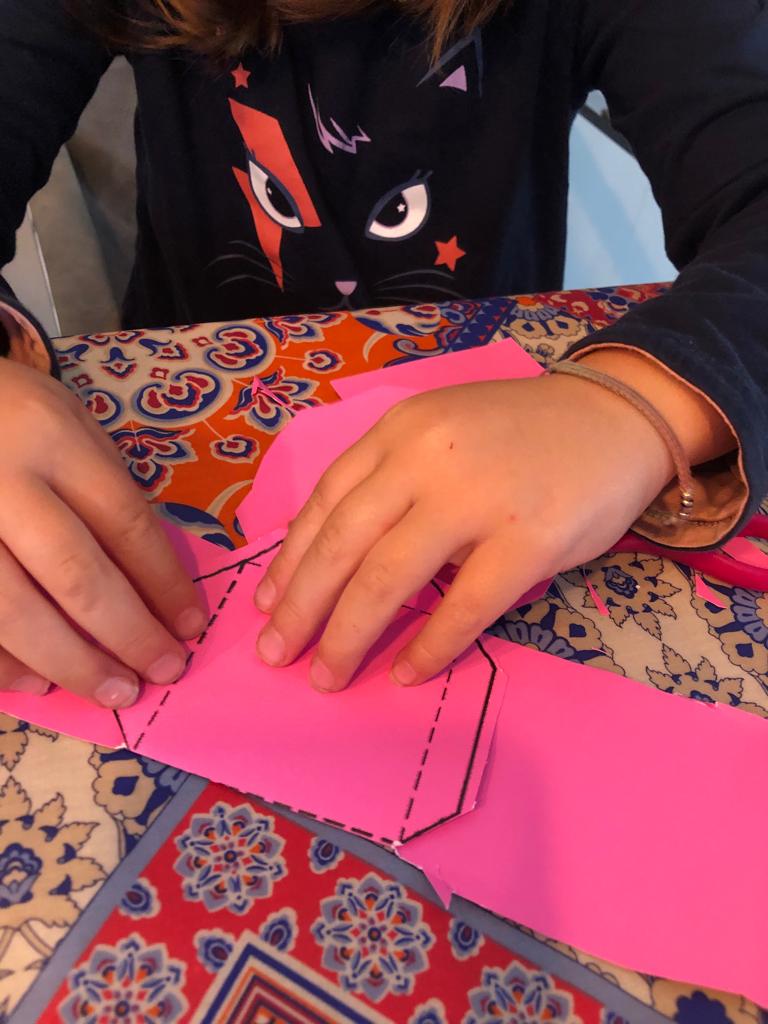 Think together: How many sides does a cube have? Suggest the children to draw each side with a marker. Ideally, each side has to have a different drawing: straight lines, curves, wavy lines, geometric figures, squares (in which we can paint one little square yes and the next no, one and one). 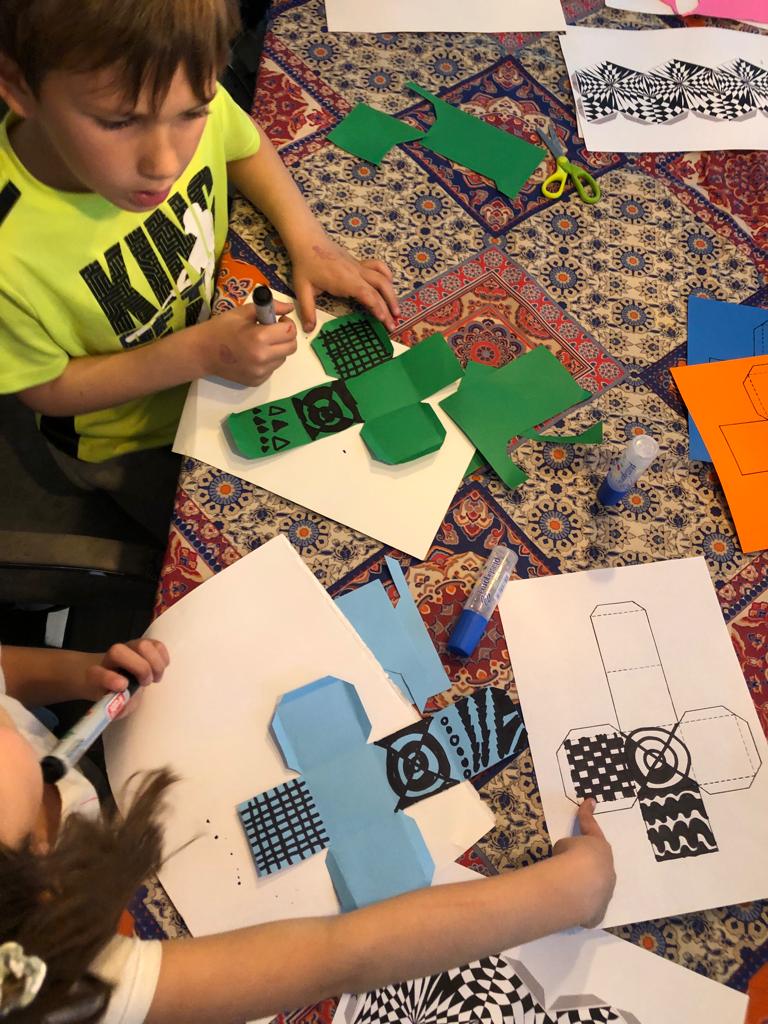 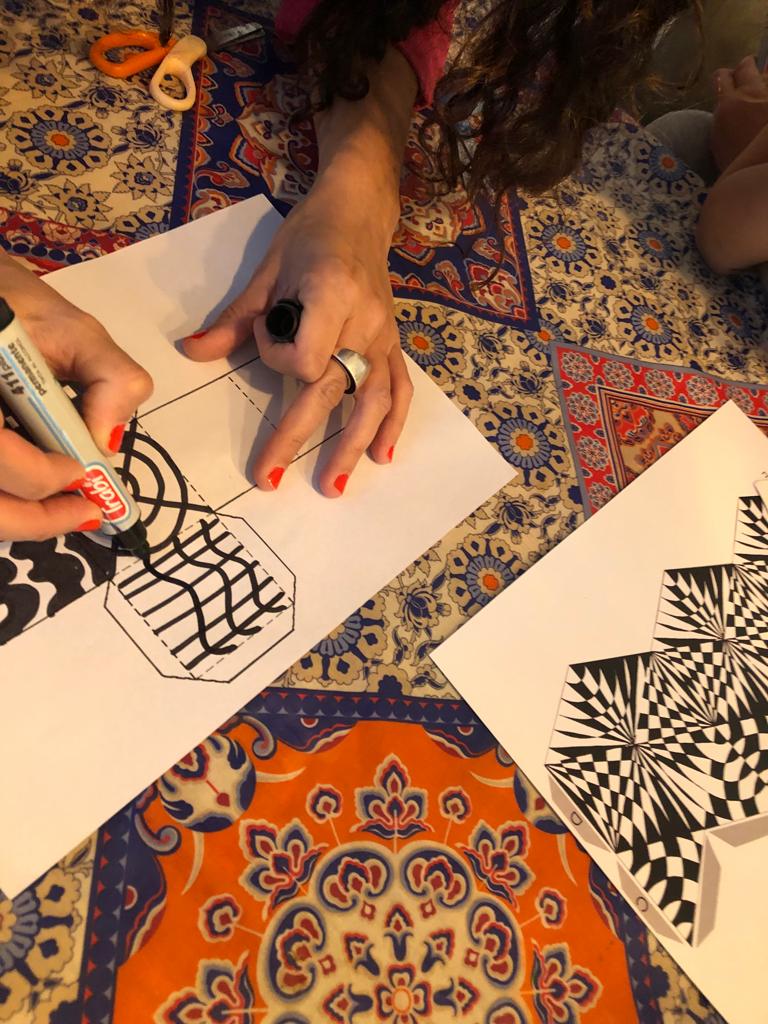 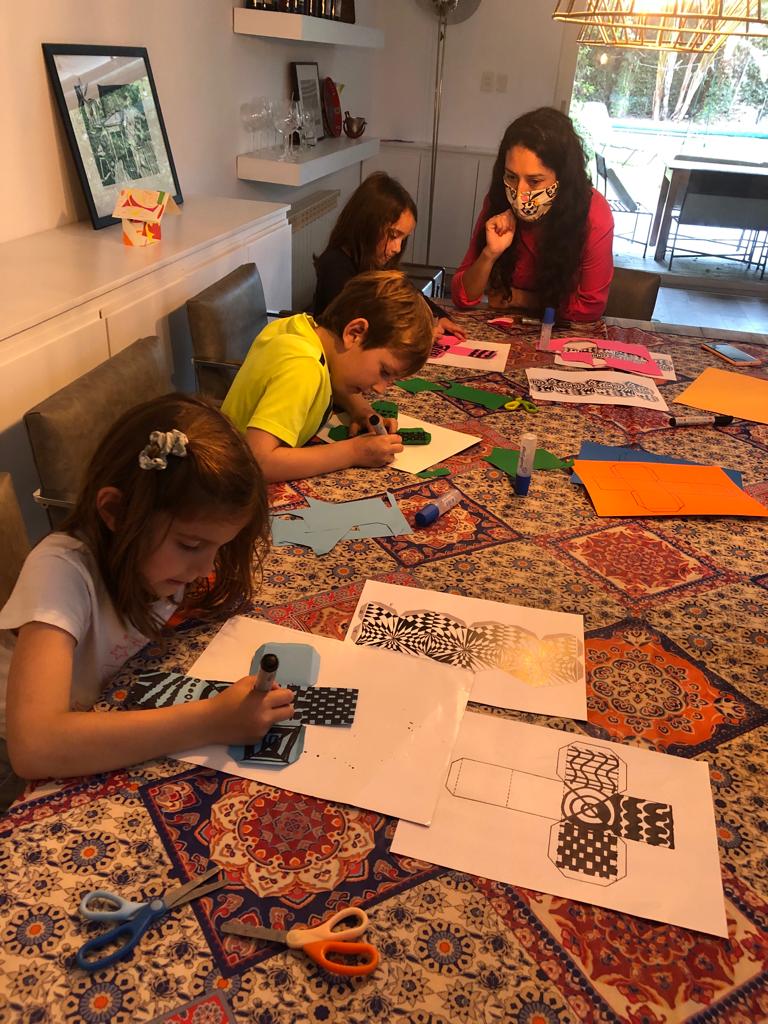 You can also make concentric circles and a diagonal cross. Think about it from the triangles: in a triangle, one strip is painted and the other is not, you alternate in the triangle next to it. The same with a square. 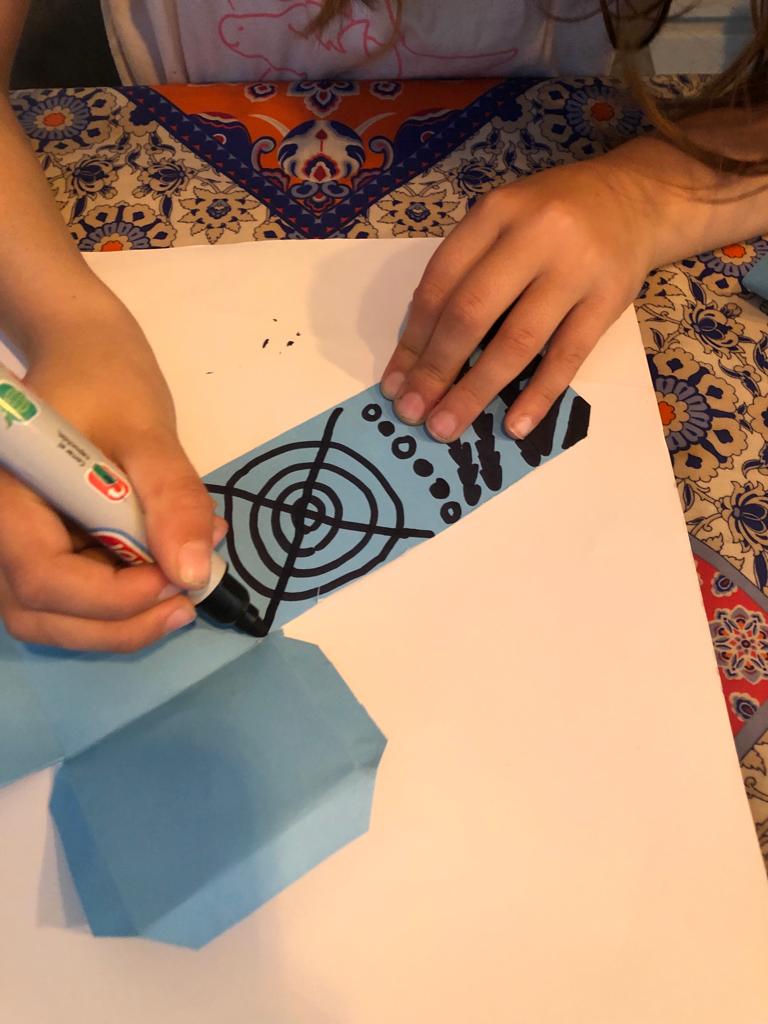 Assemble the cube by gluing the flaps and applying pressure so that it does not come off. They are likely to need help here. 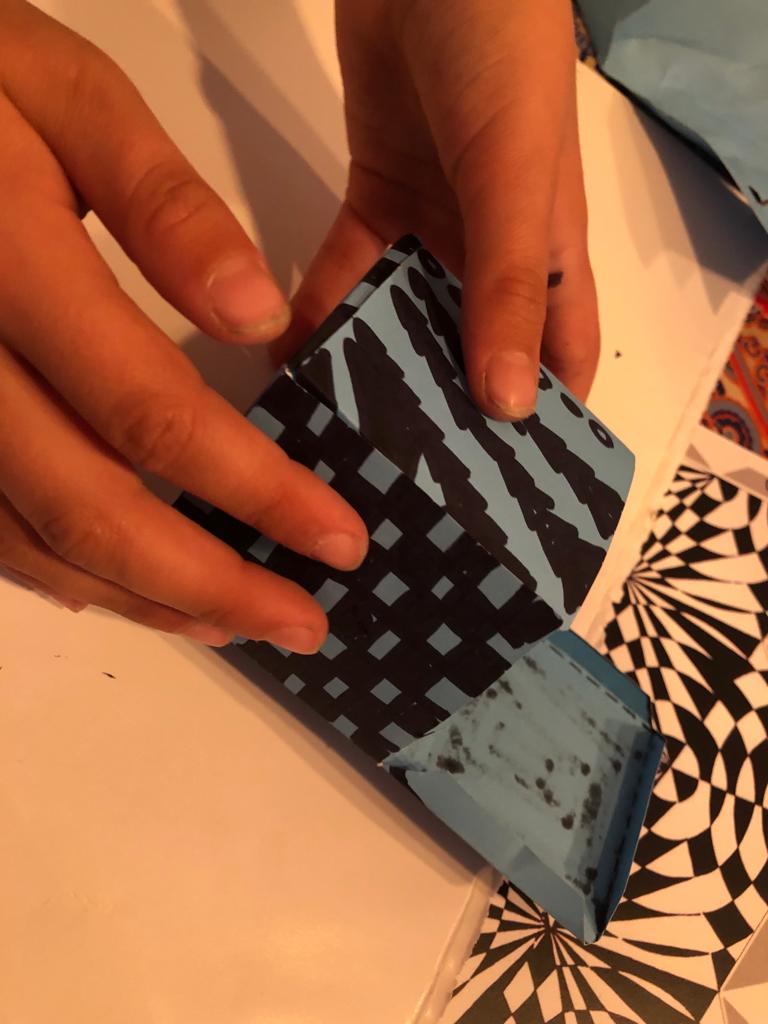 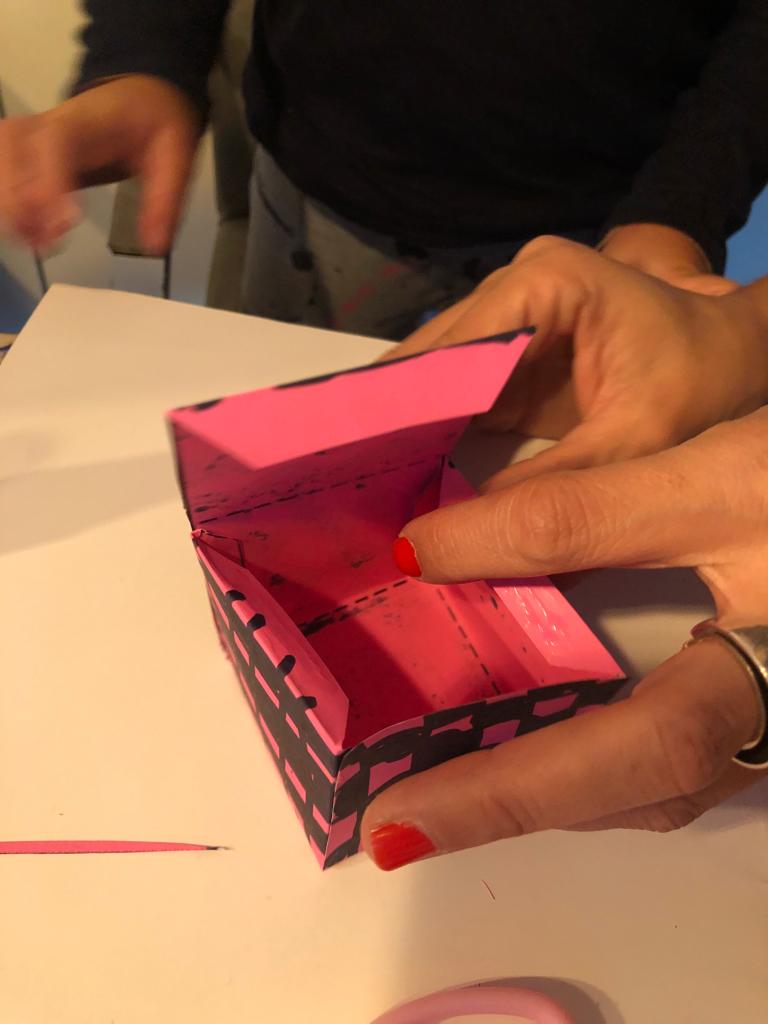 Ready to play with the optical cubes! 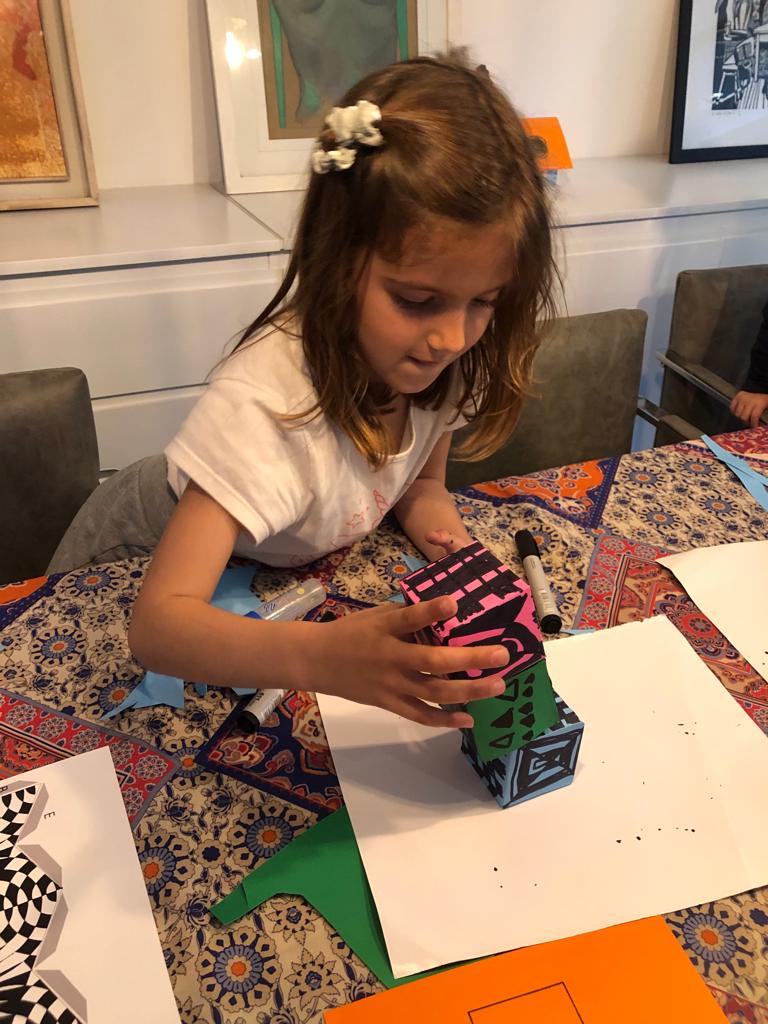 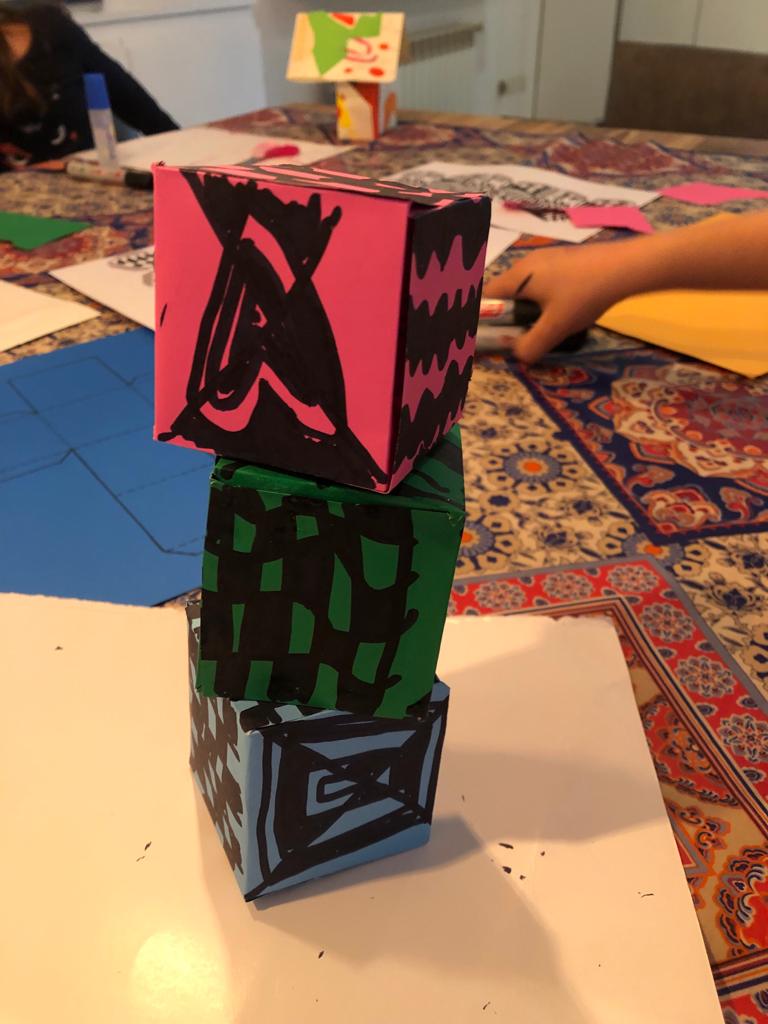 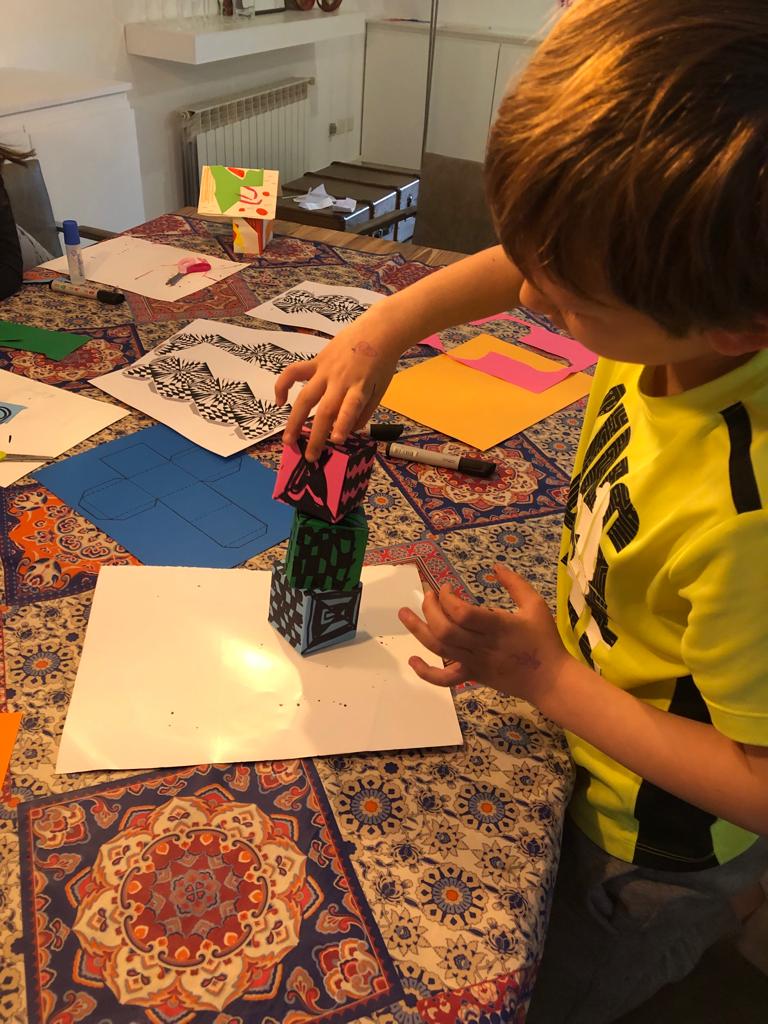