Creative cities
‍
Homenajes Urbanos, a bridge between contemporary art and the streets of Buenos Aires

Melisa Boratyn tells us in this interview about “Homenajes Urbanos”, the art collective that integrates with the artist Alejandro (Ale) Giorgga. They share not only this project, but they are also a family.

How was Homenajes Urbanos born?

The project began in 2017 due to an exhibition of Federico Manuel Peralta Ramos, that I was organizing in the gallery I was working, Del Infinito. I felt frustrated because we were putting together something historic with works that had never been seen of a crucial artist, but that the general public did not have access, which happens many times.

I wanted to approach, to create a bridge, so I suggested Ale make a poster with absolute freedom as a response to Federico’s work, take him out to the street and that each one could interpret what they wanted.

Since then we have become Homenajes Urbanos and we have not stopped.

What is the difference between paste randomly in the street and exposing the work in an institution?

That has always been a challenge because we do not want to lose our essentials. The first time they called us Jimena Ferreiro invited us to be part of a show in Aldo de Sousa and what we did was to have a foot in and out creating an intervention in the glass. Then came the shows in Urbana with curatorship of Jorgelina Dacil and now in the Casa de Cultura of Vicente López. In the first case, we did a retrospective with all the tributes presented as large installations and including an original work by each artist, seeking to give a twist. In the case of the second exhibition that we presented in May of this year, we broke with the poster scheme and made a great wall that brings together all the Tributes, but in the manner of a great soup of letters. We also made a special tribute to José Fioravanti, a sculptor who lived in La Lucila and a video explaining what we do.

Now, whenever we think about a show in an institution, we carry out an intervention in the area, reaffirming the idea that without the street this project doesn’t exist. 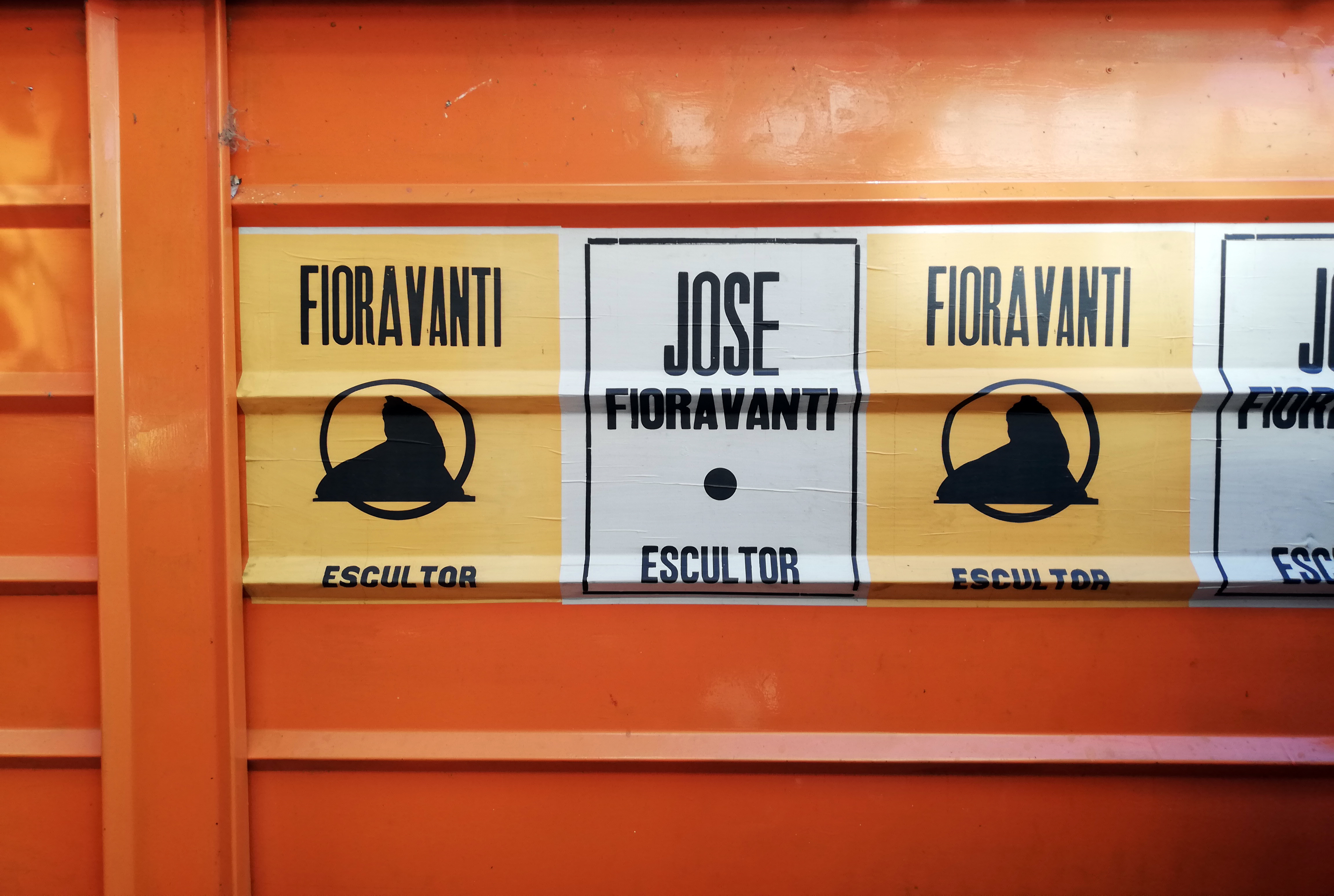 On several occasions you made posters of artists who were exhibited at that time in museums, how is that relationship established?

The relationship is generated because we make interventions nearby the place and thanks to social networks, but during the process, we do not look for anything,  we work with absolute freedom. We think of some deceased artist who is being shown in some space, that is crucial for the history of art in Argentina, but not massively known and we try to expand that mission of the Museum or institution that is known about their work.

The link must be something organic, in some cases, the Museum takes what we create and potentiates it, in others, it goes unnoticed. We never ask for permits so once we get outside we receive the repercussions.

How are the artists chosen?

Between the two of us. In general, we choose those who deserve more visibility, which we understand created a transgressive and unique work in its time. In general, they are artists of niche or cult, that in spite of their enormous contribution, just in these years they are being re-studied. In spite of not being current, they are absolutely relevant.

In the final design, how do you arrive to the synthesis between image, word, symbol …?

The synthesis is a crucial factor since the poster is something that one sees from the bus or car in a second or while walking. It has to be seen, captured quickly and keep resonating in your mind.

Here Ale has total freedom because he is the one who manages the technique and knows the street. He arrives home with the finished poster and always amazes me. The selection of the message, on the other hand, comes from the research we do together, what I can tell him or what he reads on their own. Then it’s transformed into the woodcut piece. Sometimes it is the title of a work, a story, as was the case of the double poster of Sergio Avello, the name of the artist as we did with Mirtha Dermisache since it was brilliant to put those two words and that people did not understand who it was , but that was finally one of the most popular posters, or something that represents it as “diagonal Vigo” because it was from La Plata. 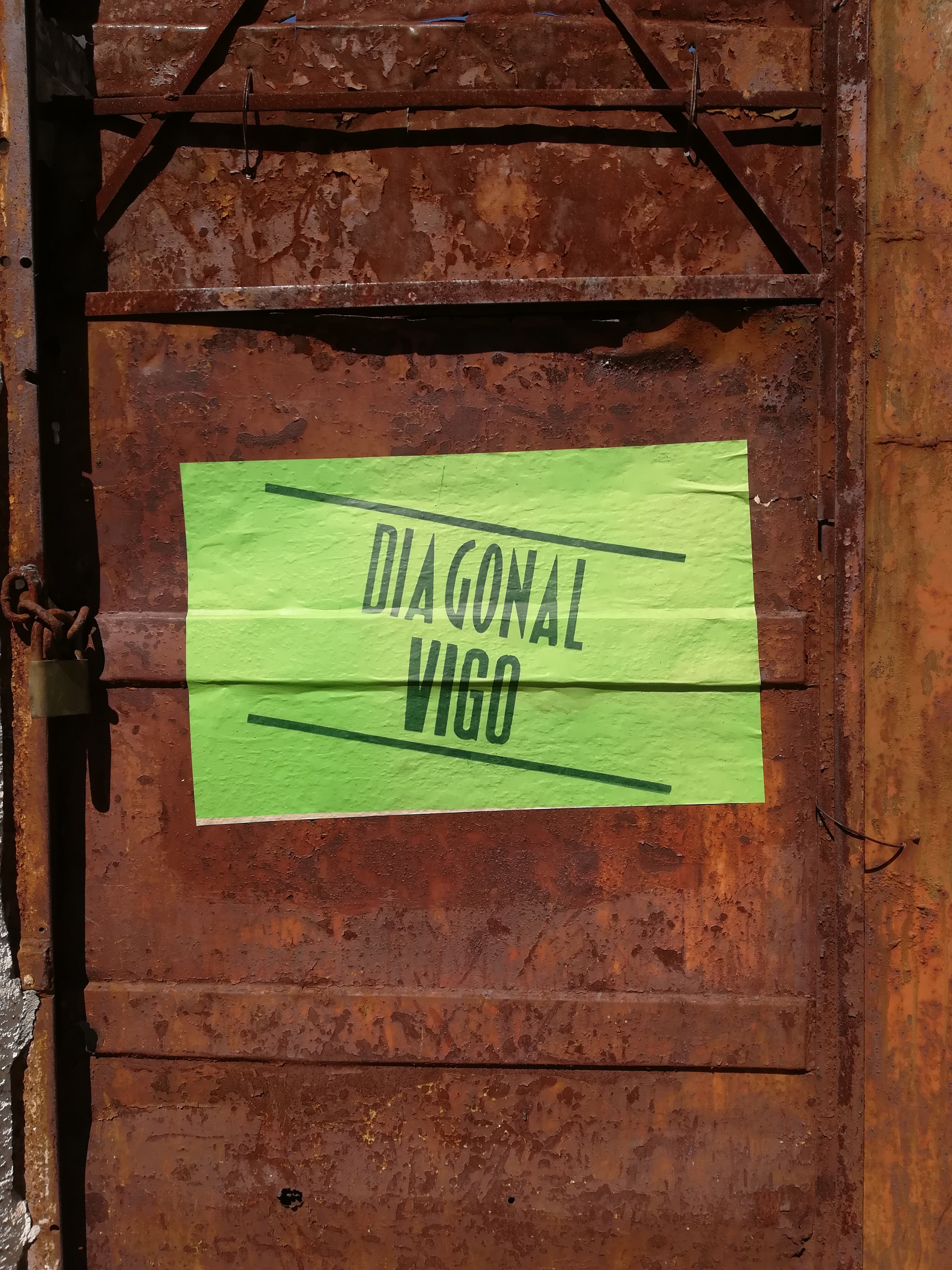 Did you ever have problems sticking posters in the streets?

Sometimes Ale is stopped, but no more than that. In that sense in this country there is much more freedom than in other places, it is a fortune that we should thank and empower. There are also posters that we paste and the next day someone takes out and others that stay more than a year and are already symbols of a corner or even a neighborhood.

Can you tell us more about the experiences “Dermisache” and “Tucumán”?

As I said before, the case of Dermisache was unique due to several factors. On the one hand, she is an artist who is not known, regardless of how important her work is and we planted her name on the street, generating intrigue, for what people googled her, went up to the networks, asked herself: Who is she? On the other hand the Malba, who was making his first retrospective, quickly took our action and uploaded it to their networks, they made us an article and gave us the side of the Museum to intervene. That was something unique, because beyond that we did not look for it, they and other people who had been working with Dermisache’s work for a long time endorsed an expression of urban art. 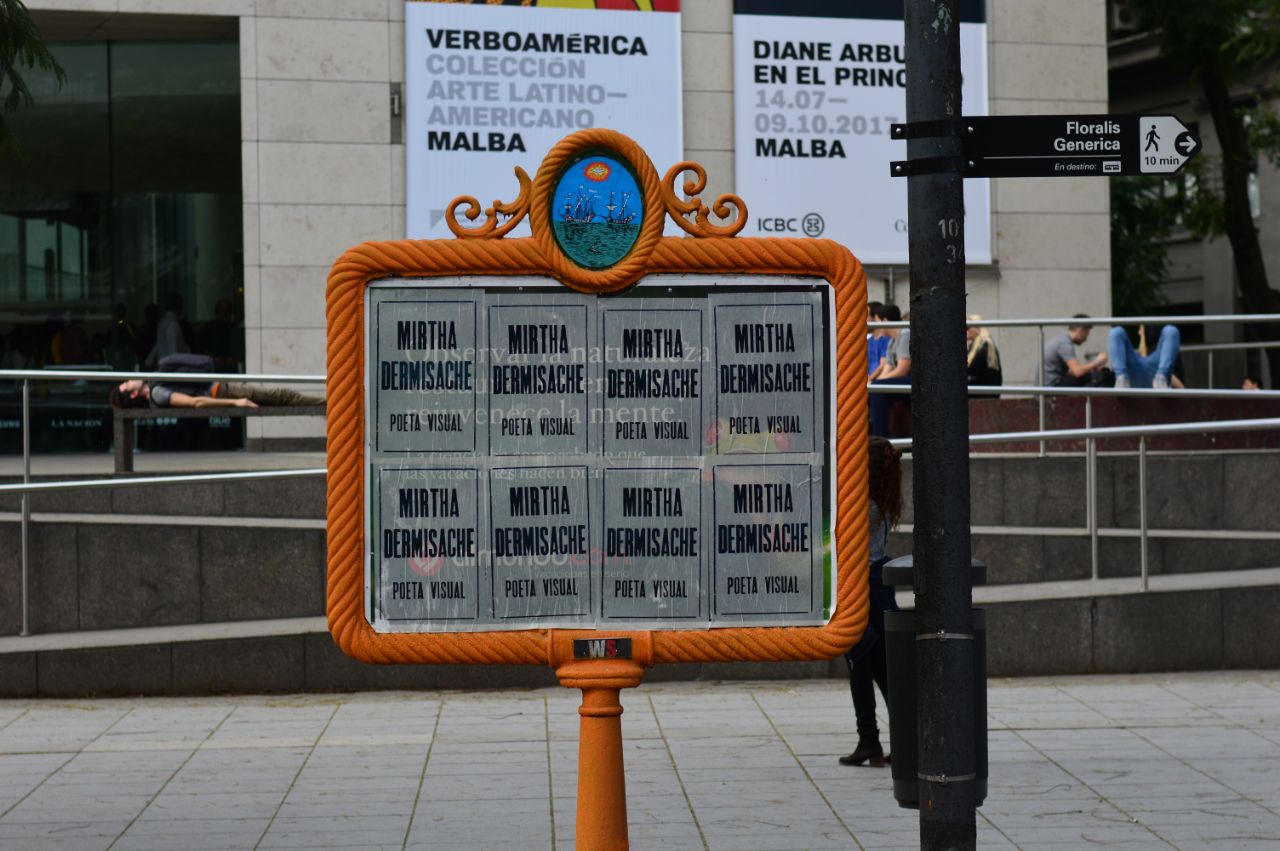 The case of Tucumán was very different because even though it is not the first Tribute we make about any exhibition in the Parque de la Memoria, rather than uploading it to its networks it does not have many repercussions. The interesting thing about that tribute, however, was that we took Oscar Masotta’s exhibition not to talk about him, but about a paradigmatic action in the history of Argentine art that had happened in his time. The indirect influence of thinkers and theorists like him.

What repercussions do you see in the audiences? How is that contact?

It’s genuine, people see the posters on the street, take pictures, share them. Many times they do not even know who we are or even that Homenajes Urbanos exists since we do not leave evidence or sign the posters. Some neighborhoods like San Telmo or Palermo are very receptive and somehow take care of what we leave behind. If more people have approached art history or not, I will never know, but I like to think that we have helped a little to make that happen.

* Melisa Boratyn is a Licentiate in Curatorship and Art Management, teacher and independent editor 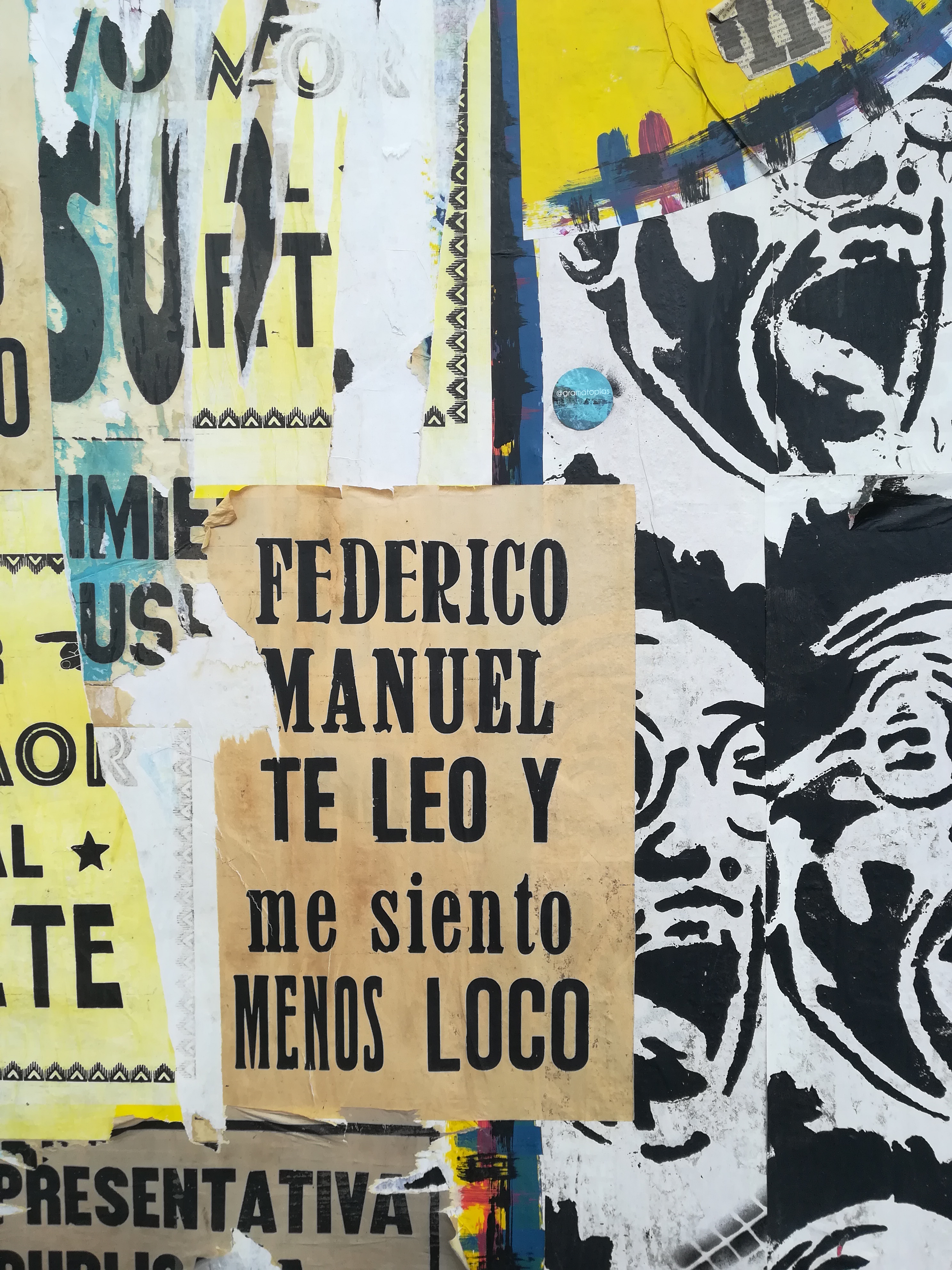 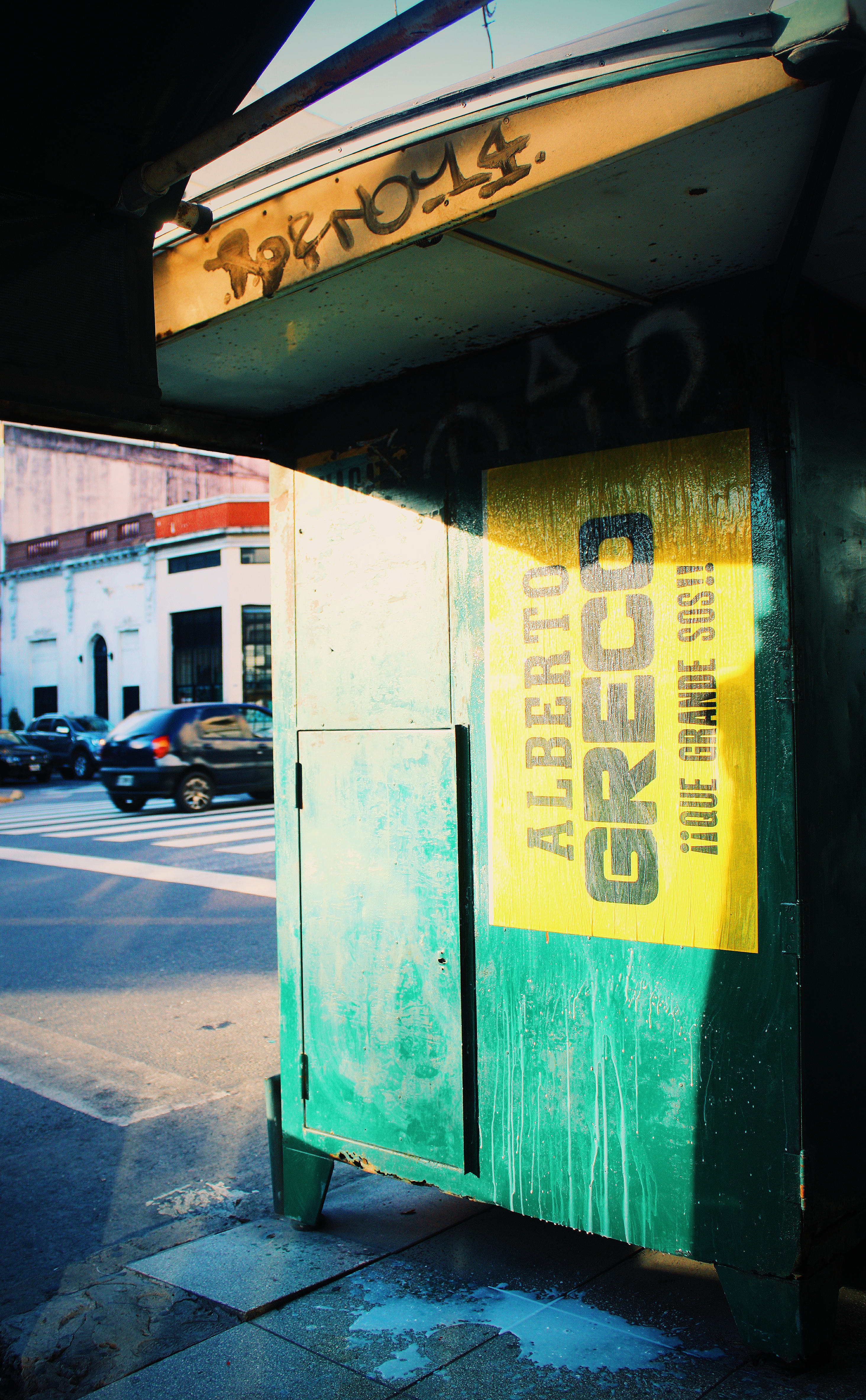 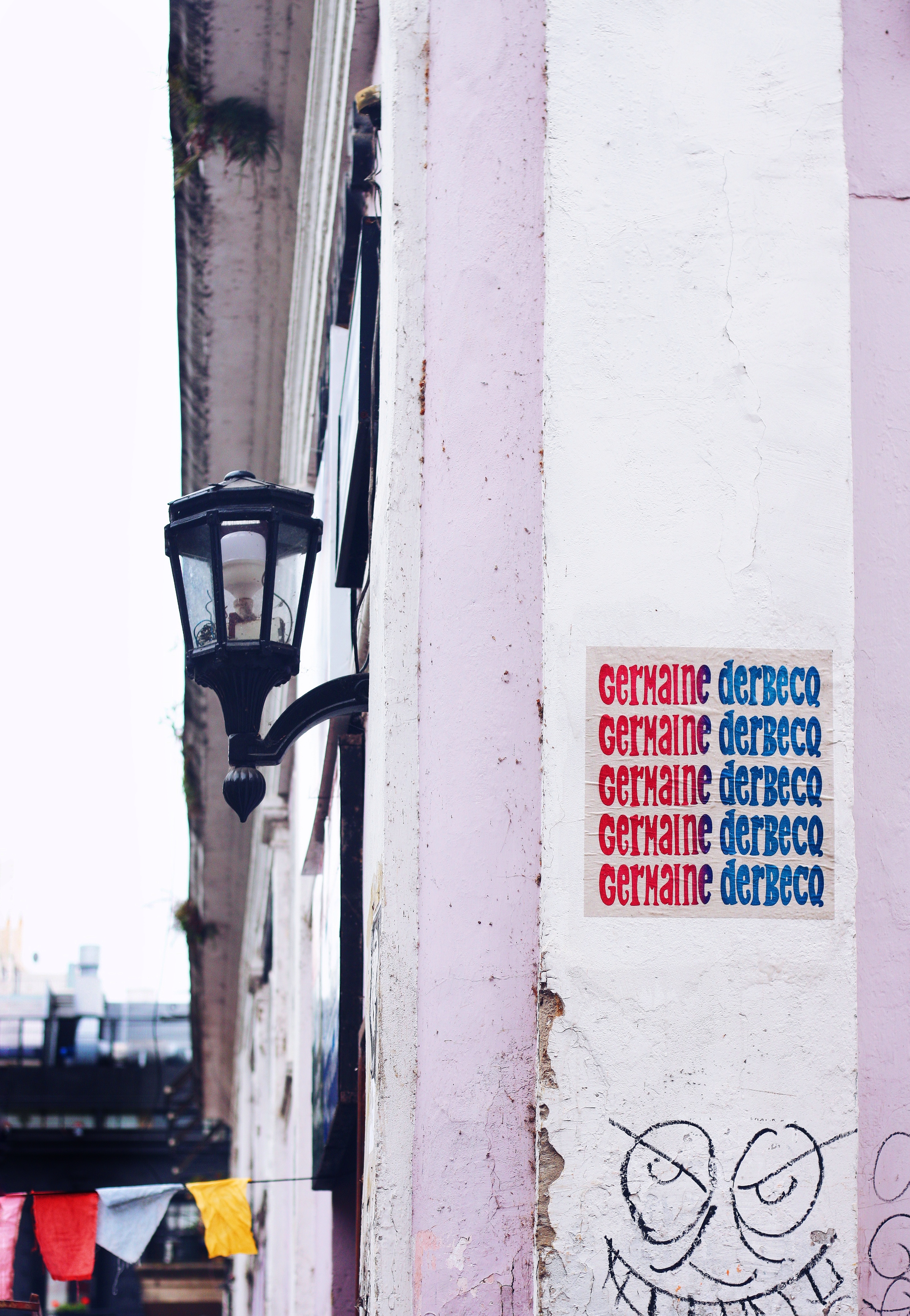 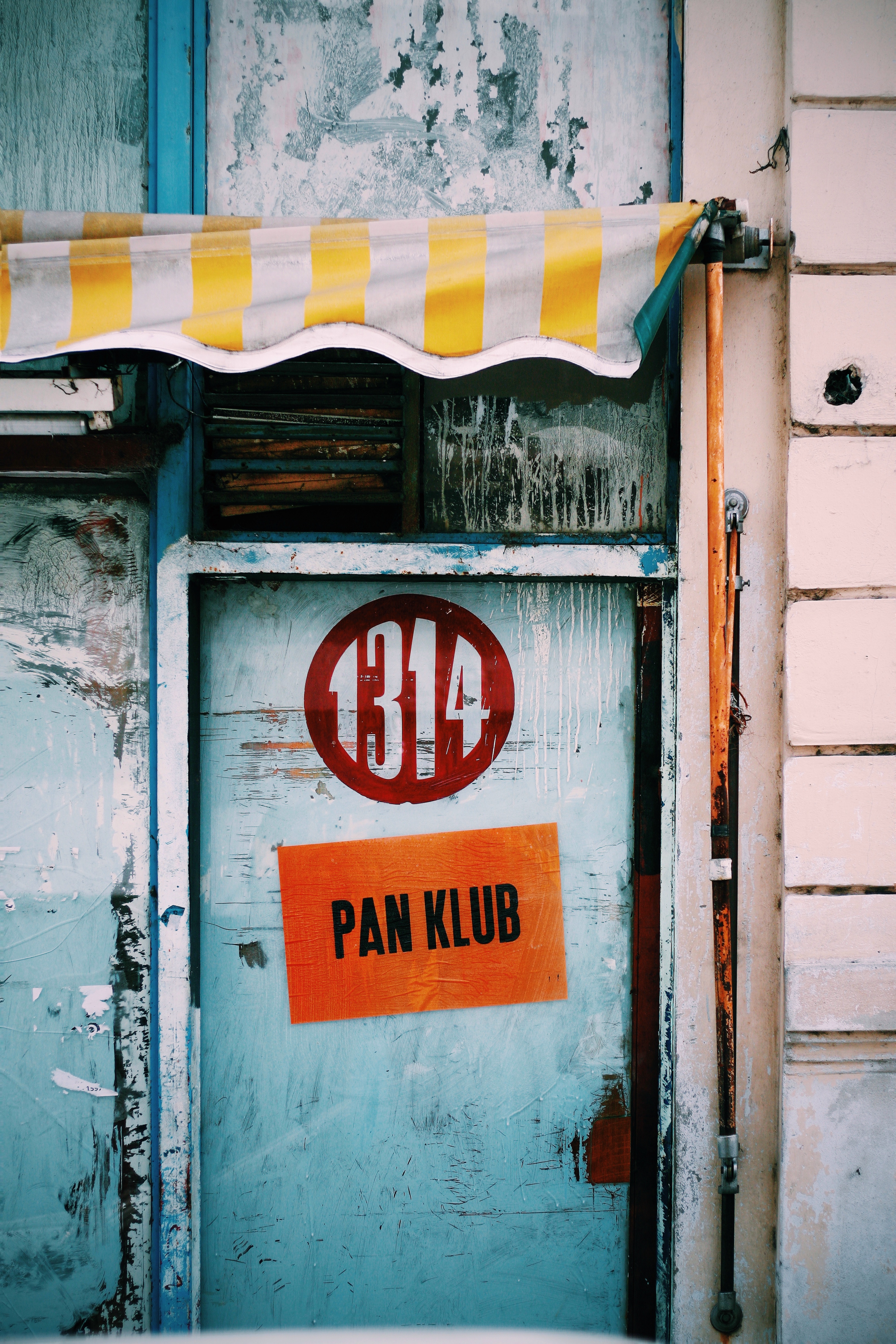