Gastón Rosa lives in Montevideo, Uruguay, where he “hits” the city with its epitaphs and phrases written in public spaces. Also from his networks, Untonga, as he signs his interventions, manages to reach a wider audience through his texts. 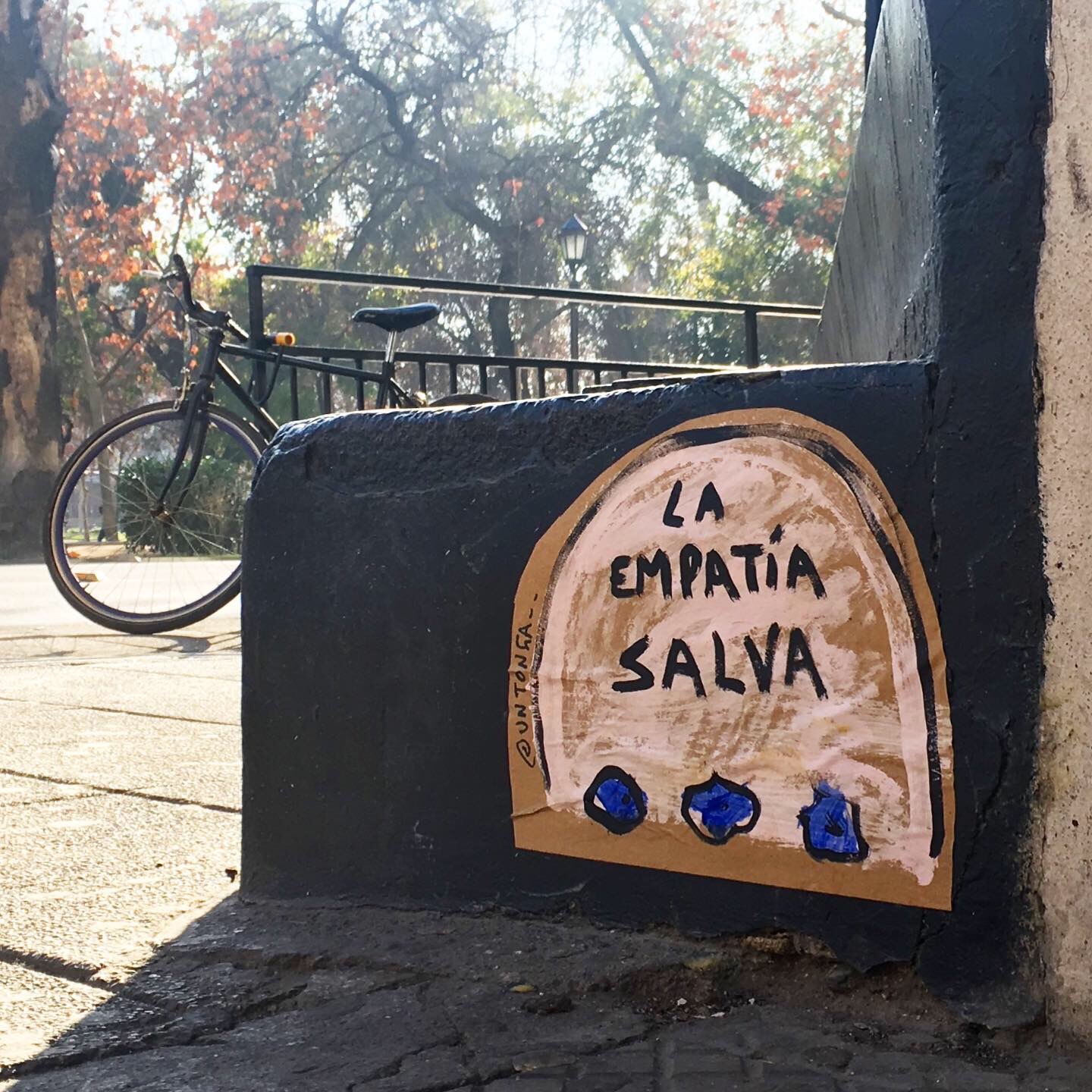 Simple words framed in a repeating shape: semicircle, three flowers, and a message. His work as a communicator and publicist is evident in the synthetic arrival to the public.

The beginning of these “tumbitas” was in Chile. Gastón had moved out of love. From his building, he saw the repression and violence in manifestations in Plaza Italia (Santiago de Chile). Thus was born “Thinking, even if they throw gas.”

The narrative is very present in his career. The value of diversity, respect for others, and inclusion are also recurring themes.

Two books of his authorship mark this path of social responsibility through stories about childhood: Zapatos cambiados, a story that has a boy with Down syndrome as the protagonist and La niña que no veían, which illustrates the trans reality from Martina, a 6-year-old girl to whom adult society imposes rules that do not identify her.

Not only epitaphs appear in the city, but also writings on other translucent surfaces. Untonga traces different poetic phrases. “When you weren’t there I ate what you left, I went to bed in your bed, I thought about opening a drawer, I listened to your music, I missed you, I wrote this to you.”

The shape denotes a hurried simplicity. However, behind this agile way of writing, there are hidden truths that go deeper.

Thanks to humor, it allows us to approach a more “pink” death. This does not mean a contradiction with death, but a way of understanding life and death in a different way.

His phrases generate hope and although we know that not everything is always positive, we embrace the idea that at the moment “empathy saves”. 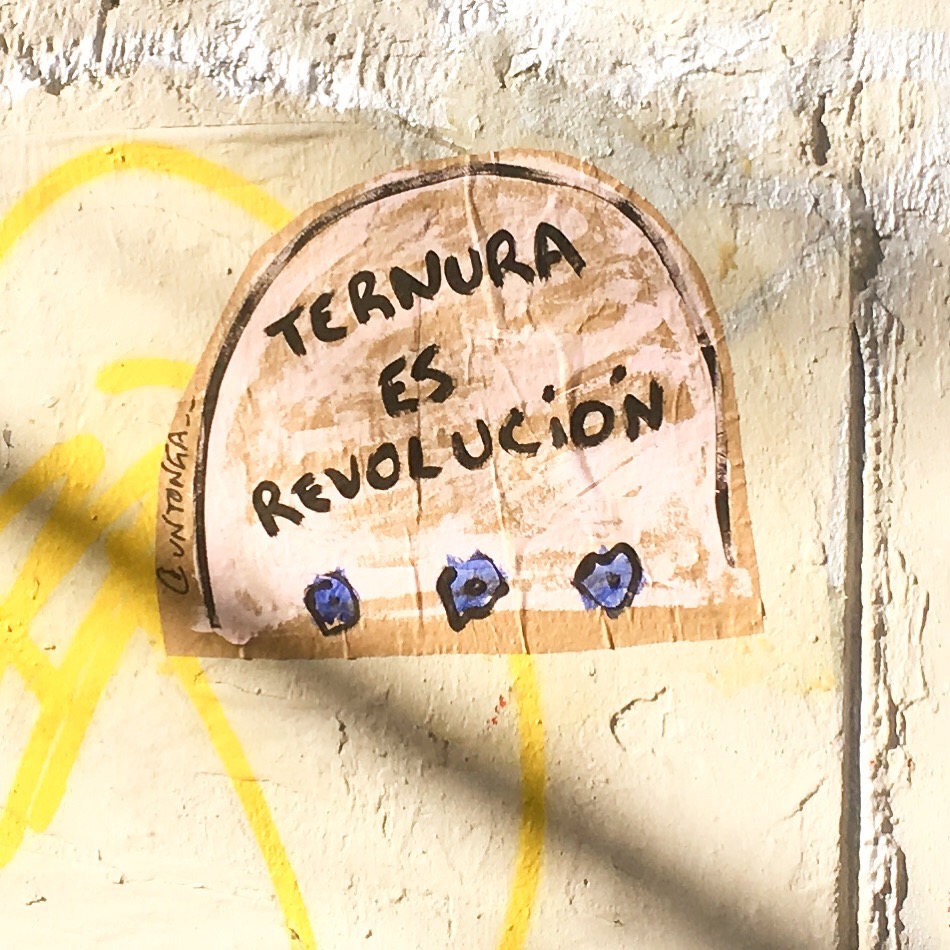 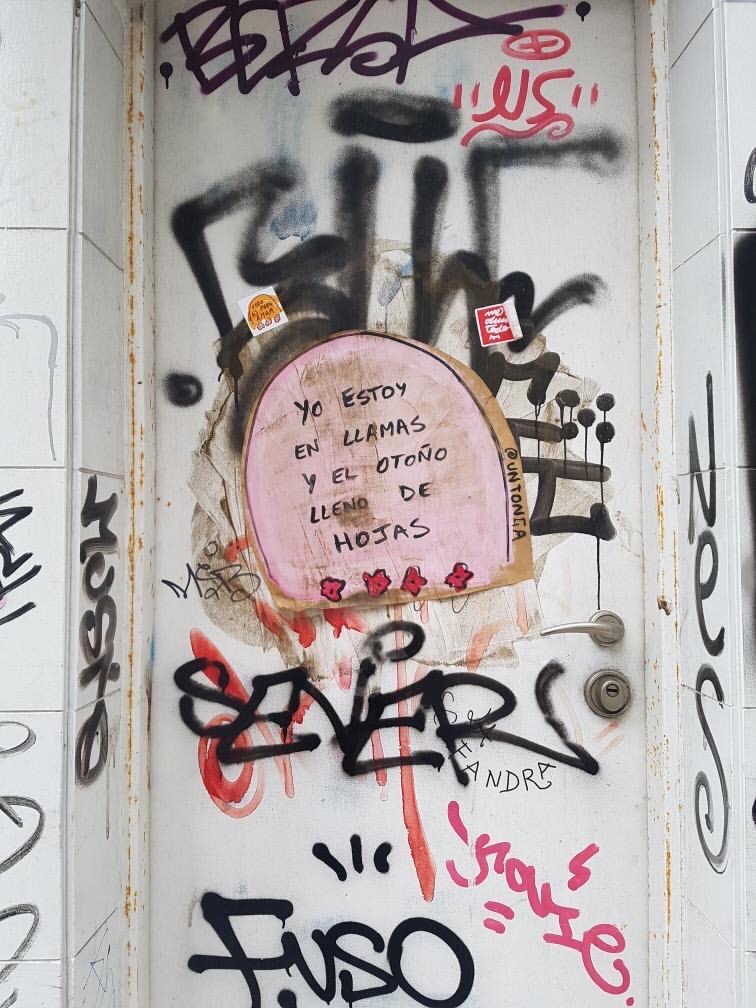 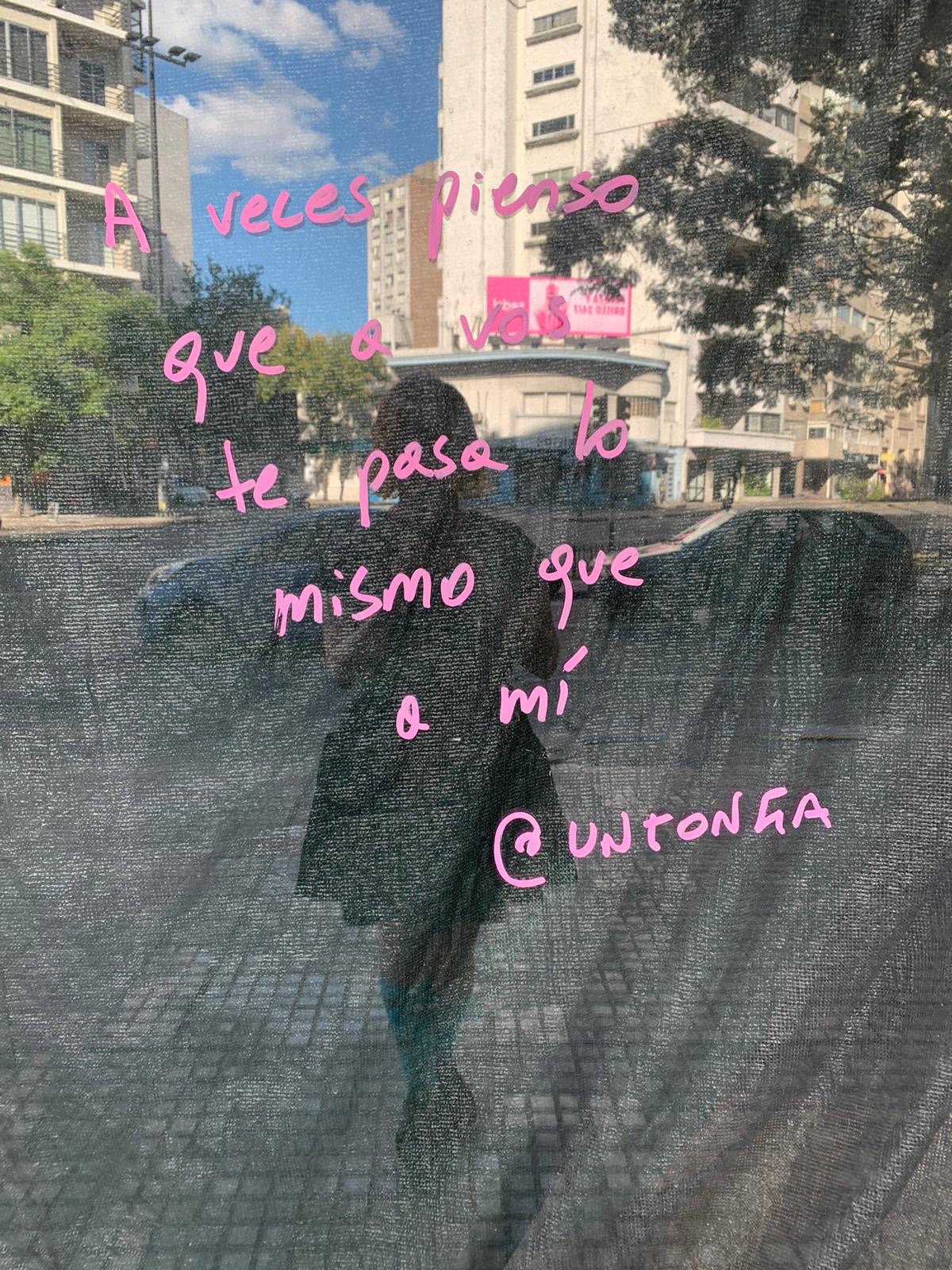 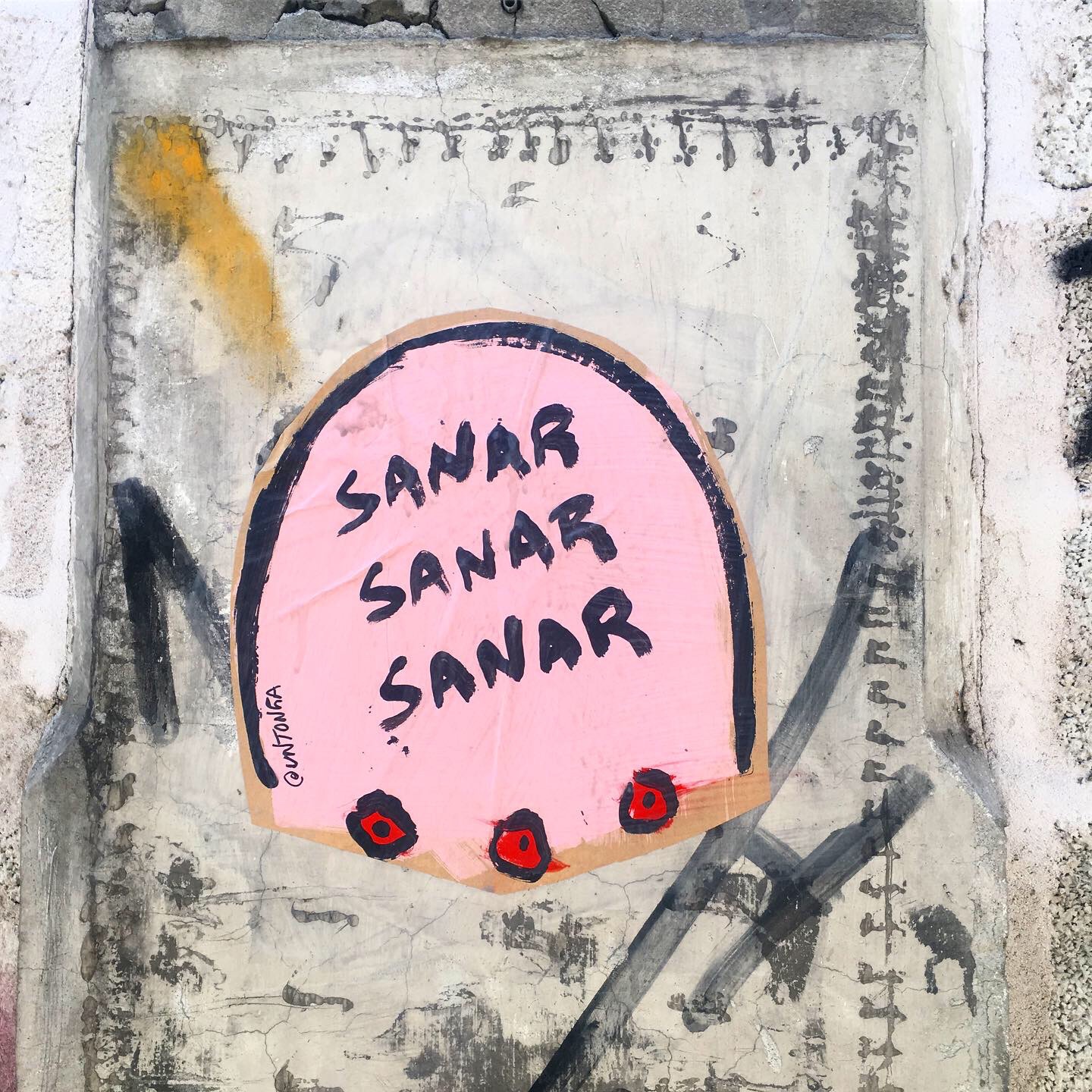 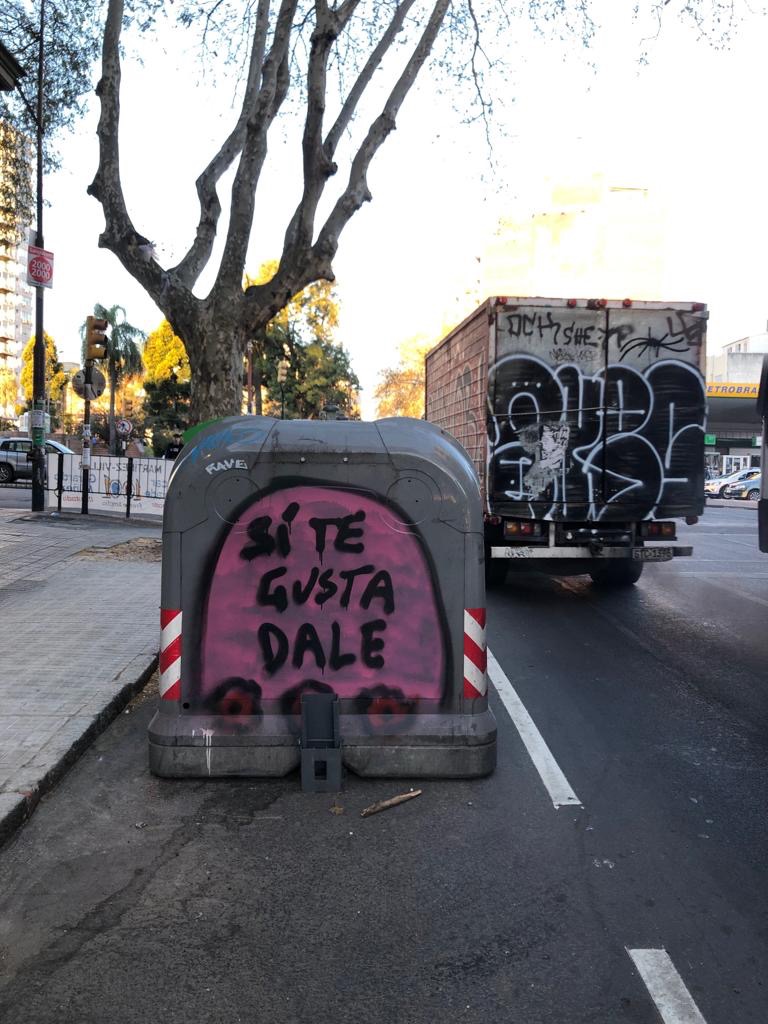 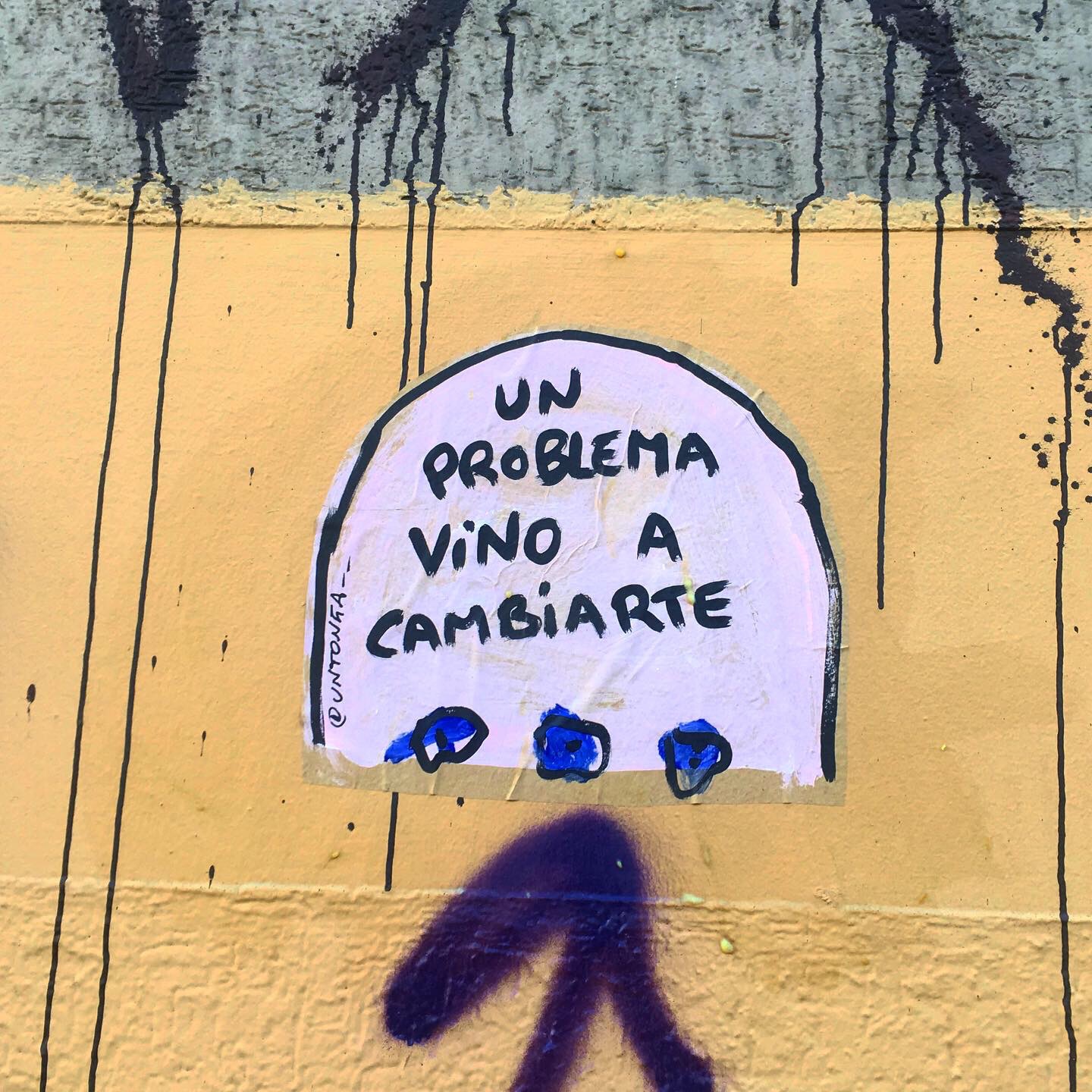 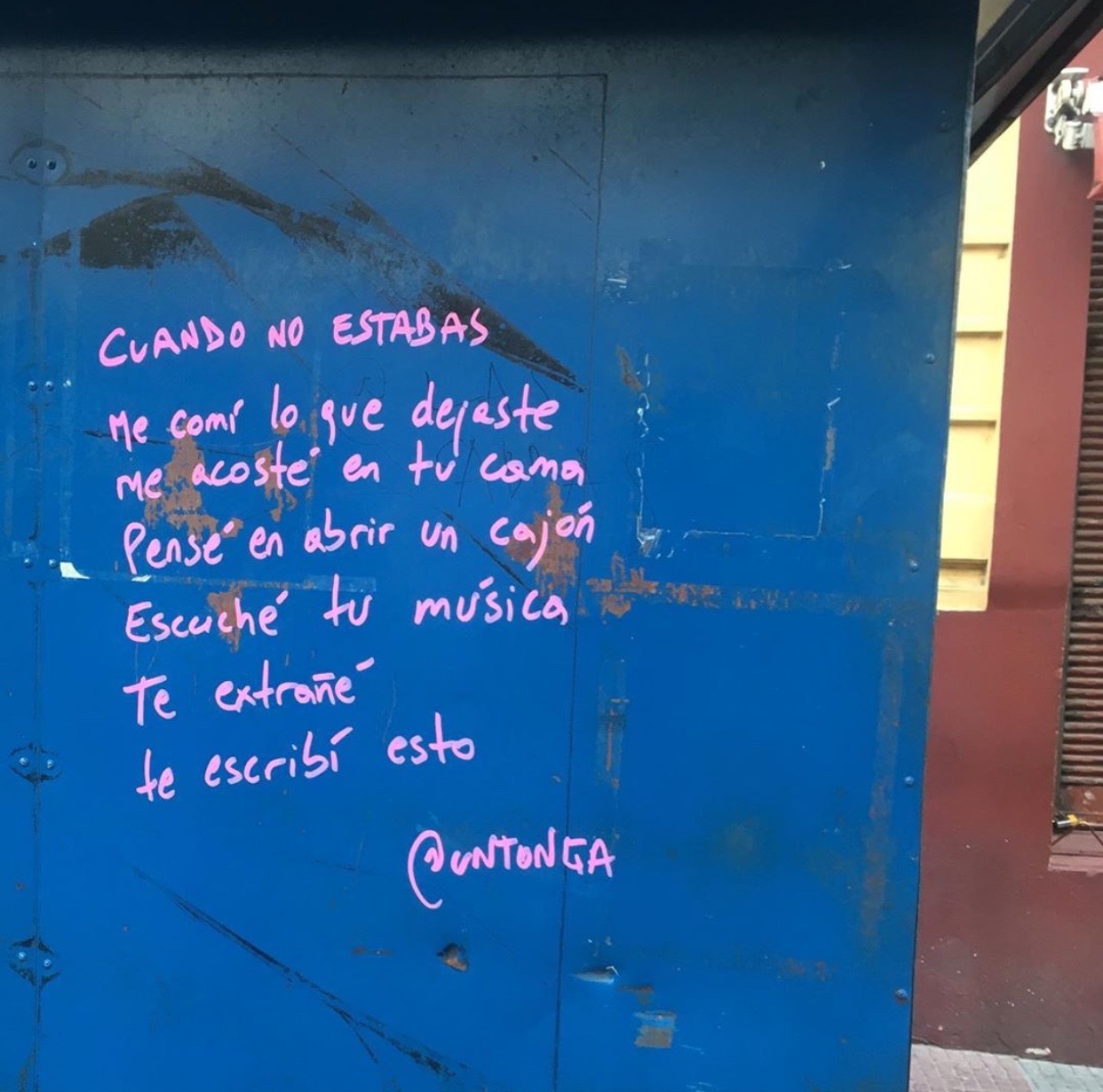 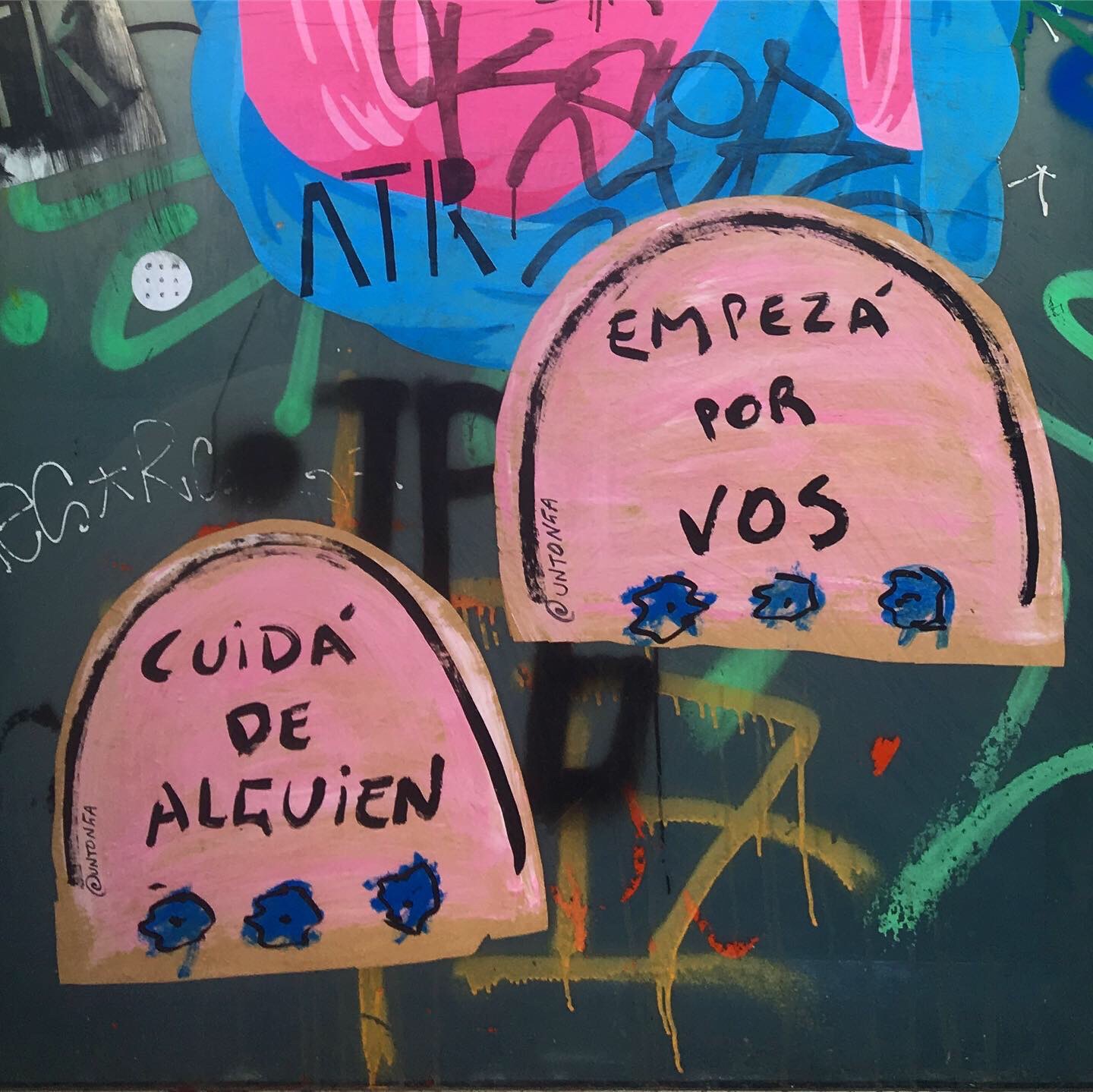 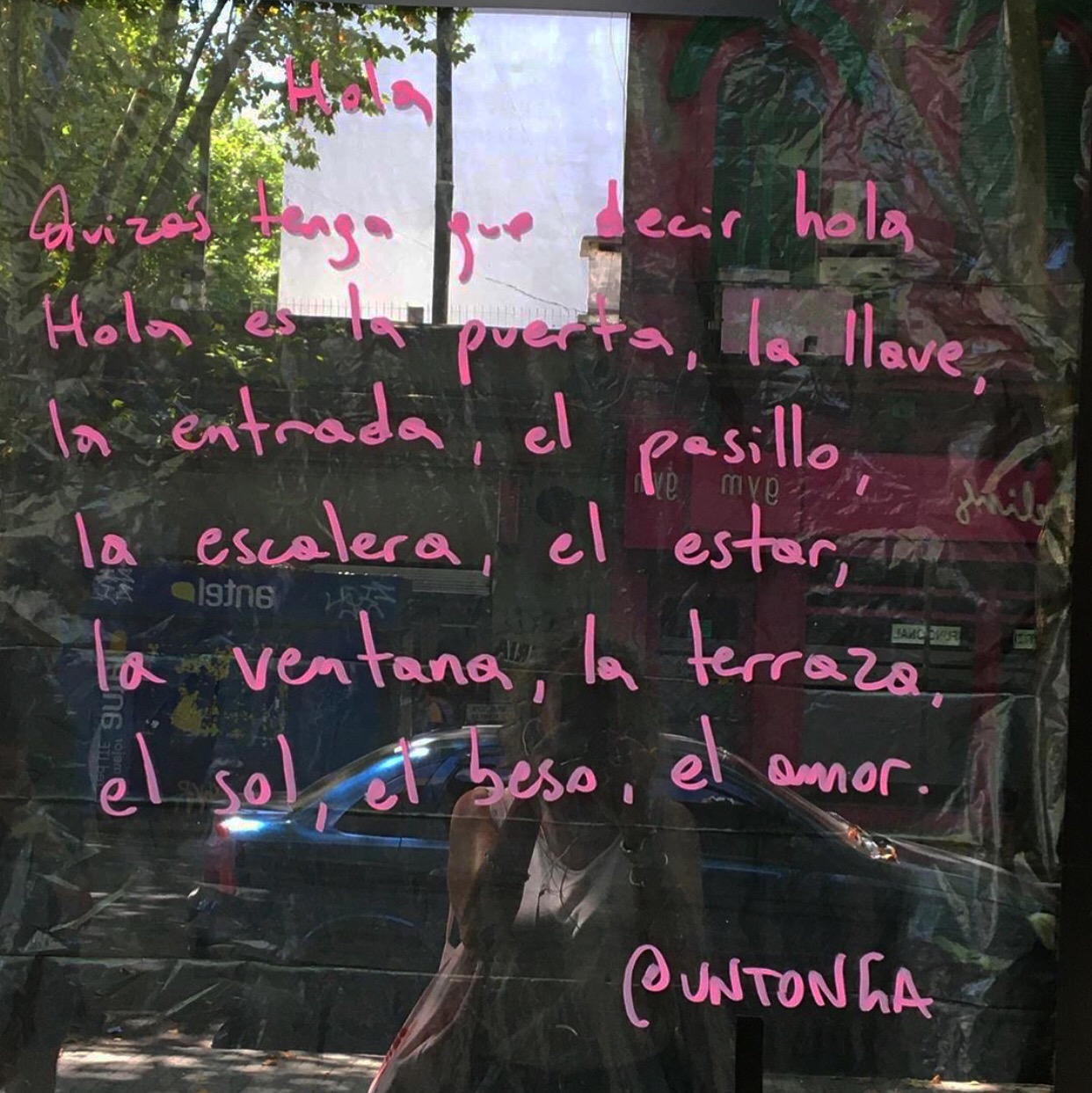 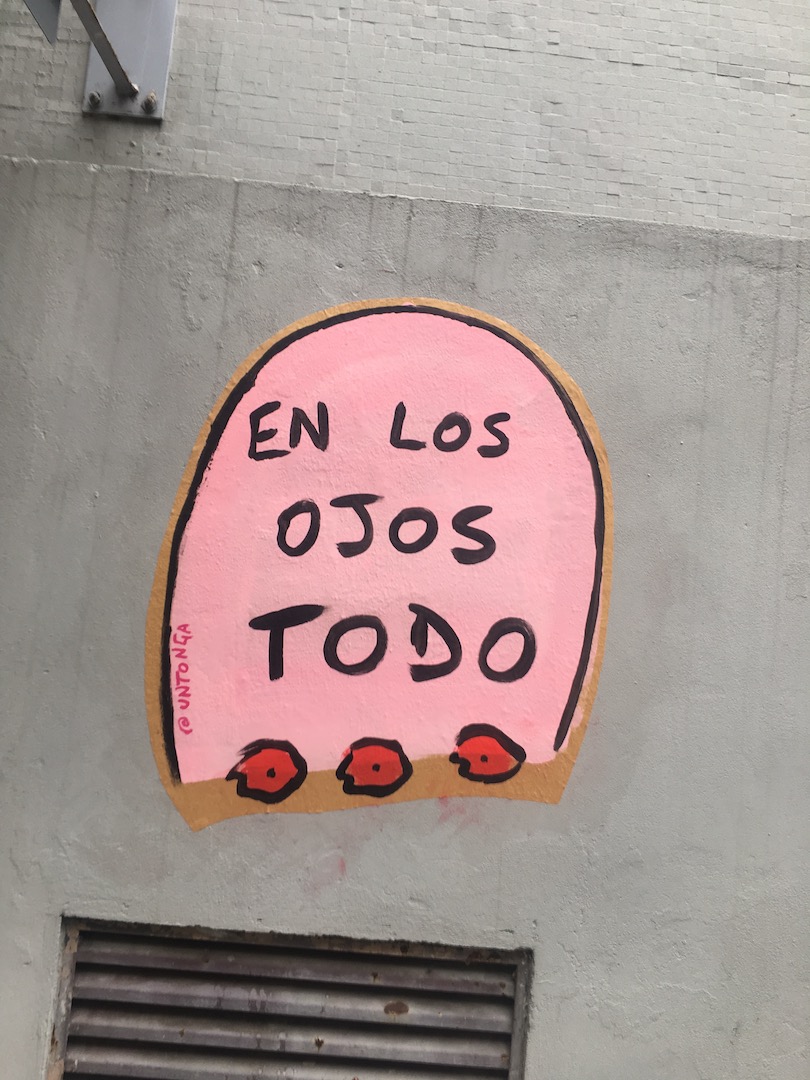 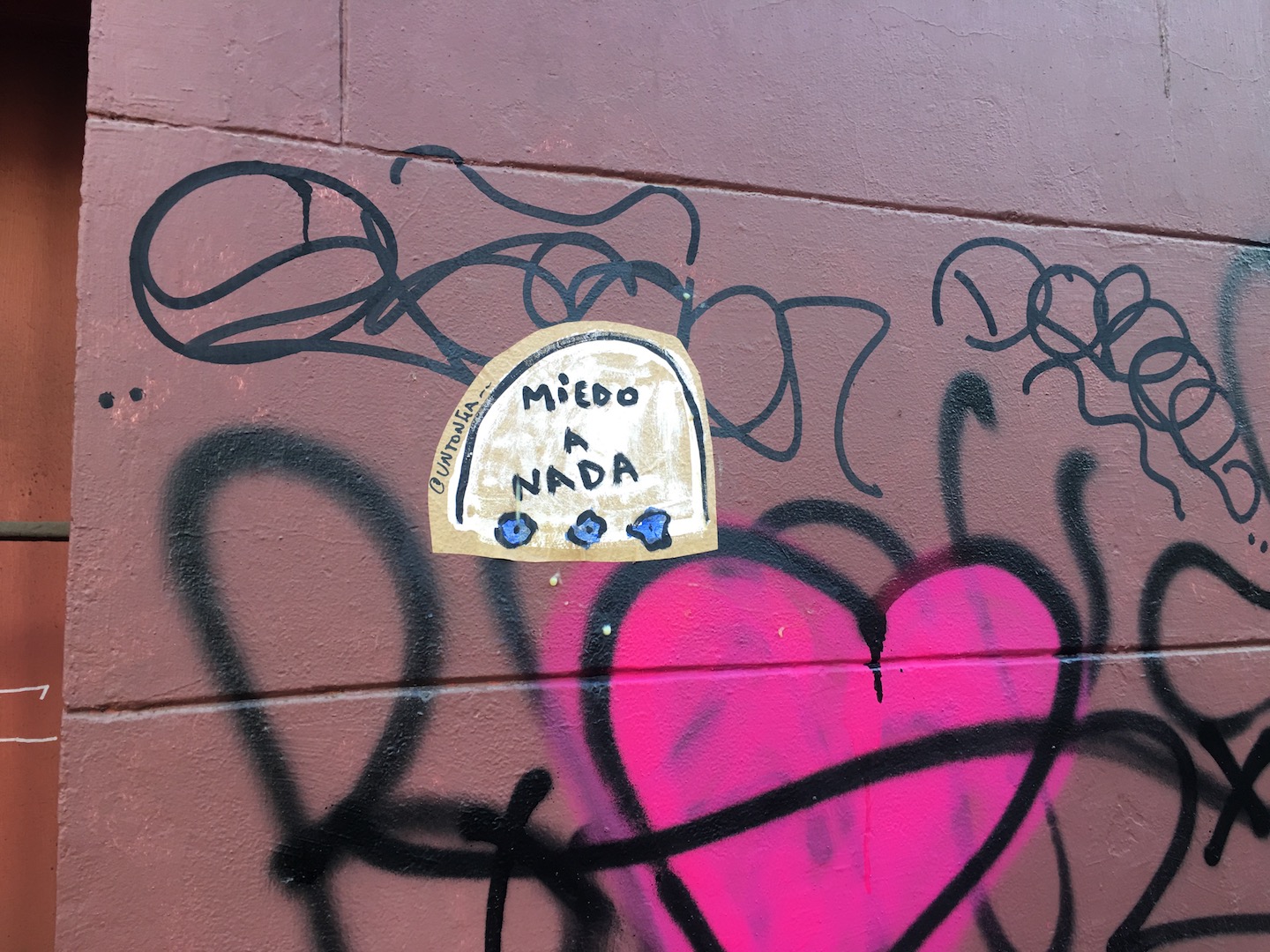