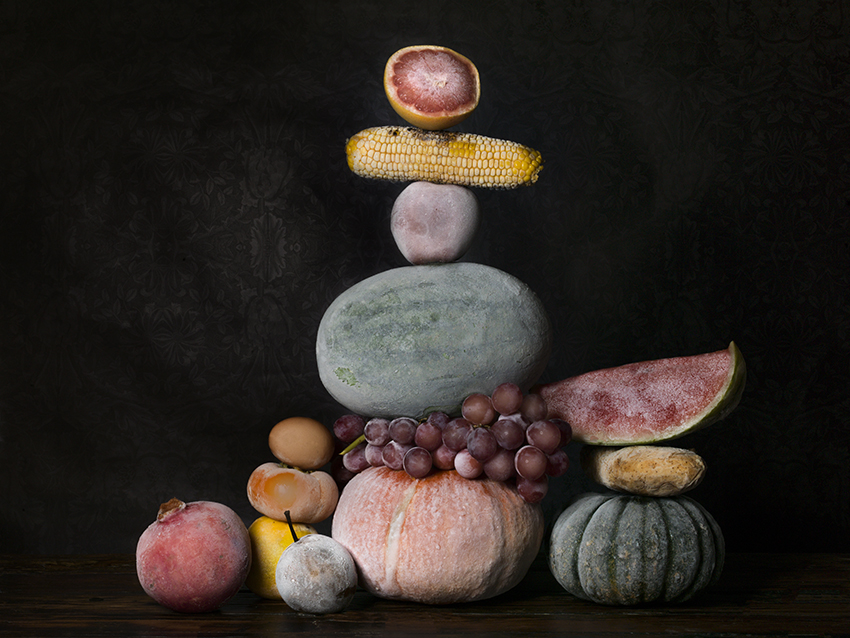 With the curatorship of Valeria Frei, Carrera prepares to show the complete series of his “frozen natures” for the first time. The gallery, which is located in the Italian canton in Switzerland, has previously exhibited Carrera’s work, the “Subtantia” series in 2016 with its series

“Suspended Nature” clearly evokes the traditional genre of still lifes, but in a contemporary way: the freezing and the composition of the elements in equilibrium.

“The instantaneous flexibility is achieved through the‘ click’ caught when the surface of the frozen objects maintains that subtle layer of frost that dampens the bright colors of the fruit; an instant before the frost dust is transparent like ice, an instant later it evaporates. But it is also achieved through the superimposed composition of the elements that, defying the force of gravity, play with their center and balance each other. ”*

Santiago Carrera’s photographs have won awards and have been exhibited in Argentina and other parts of the world, such as Japan and Poland.

The artist currently lives and works in Buenos Aires, Argentina.

* Fragment of “UNO SCONTRO TRAISTANTANEITÀ E IMMORTALITÀ”, text by Valeria Frei for the catalog of the exhibition.

© All images courtesy of the artist Santiago Carrera 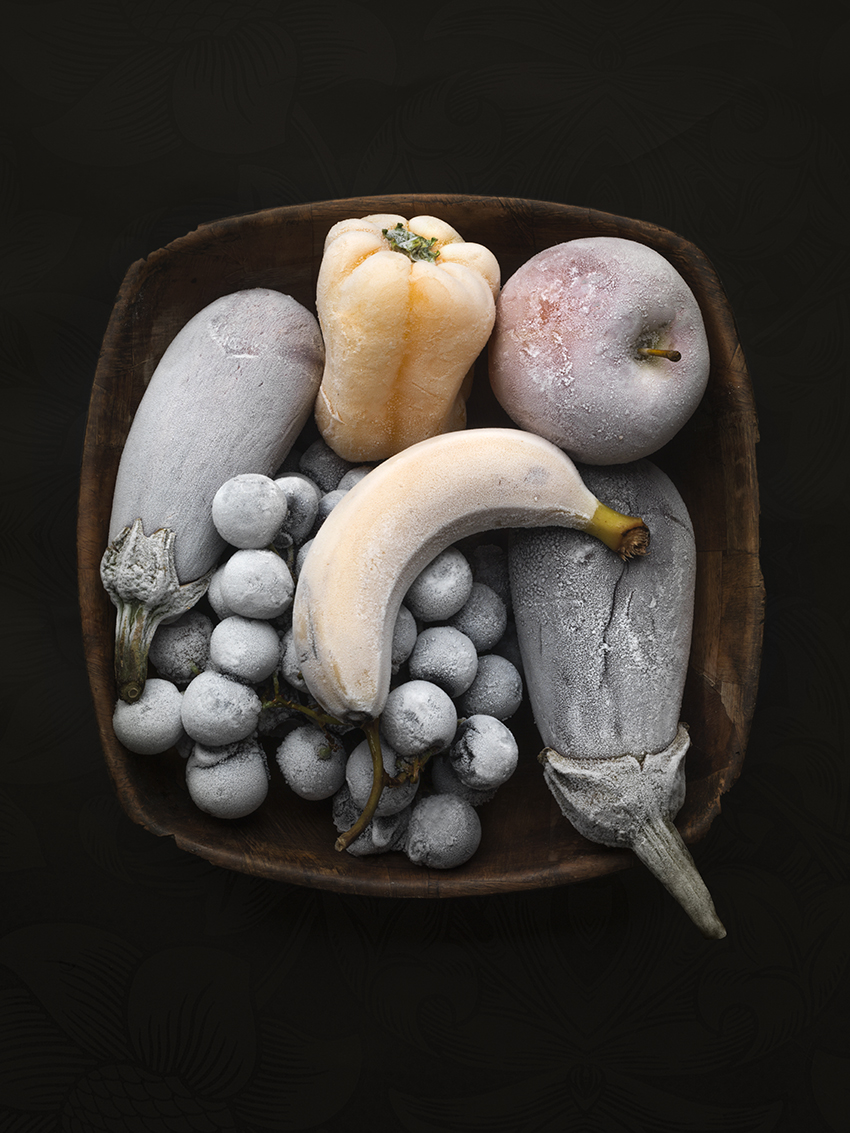 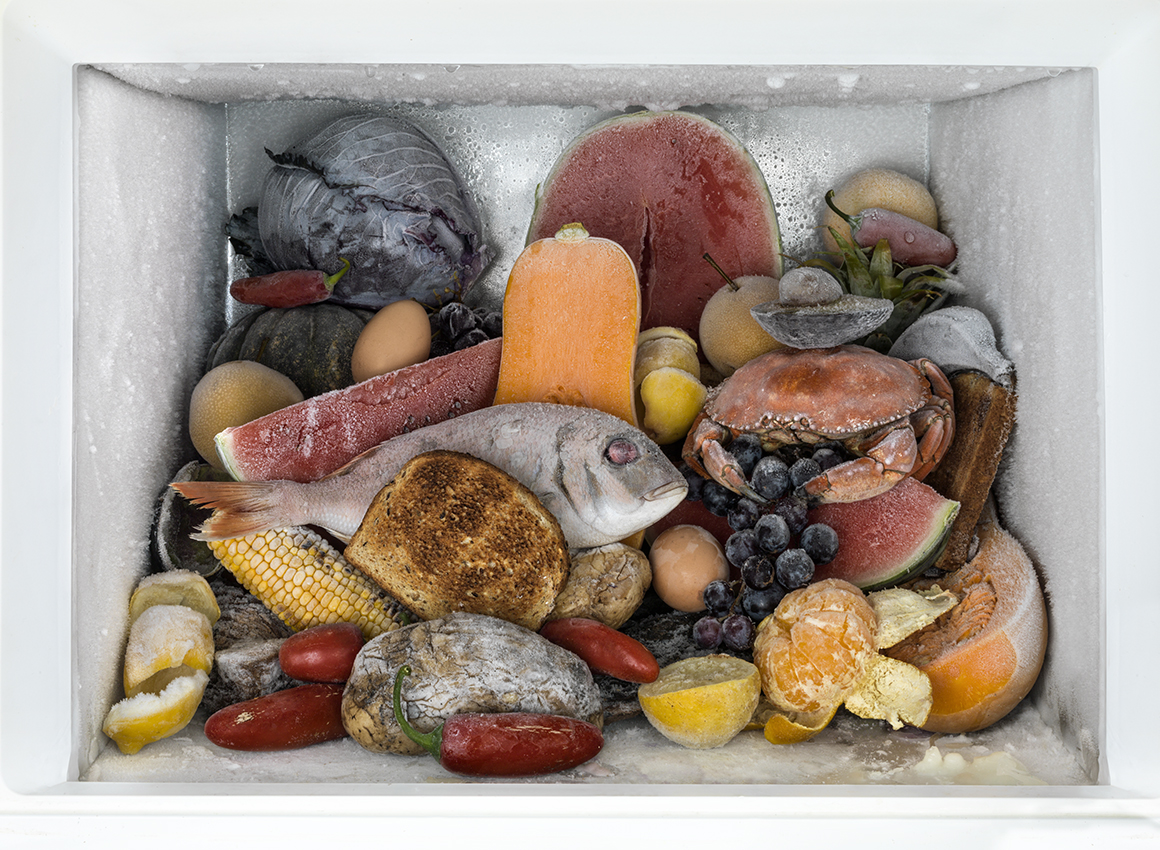 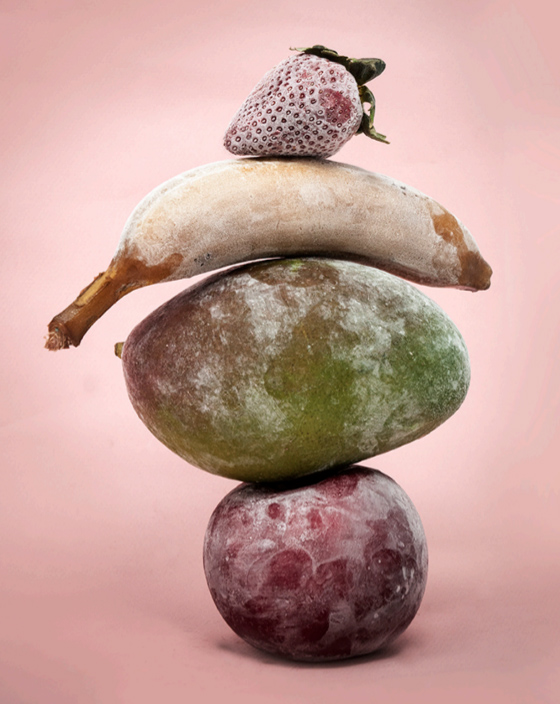 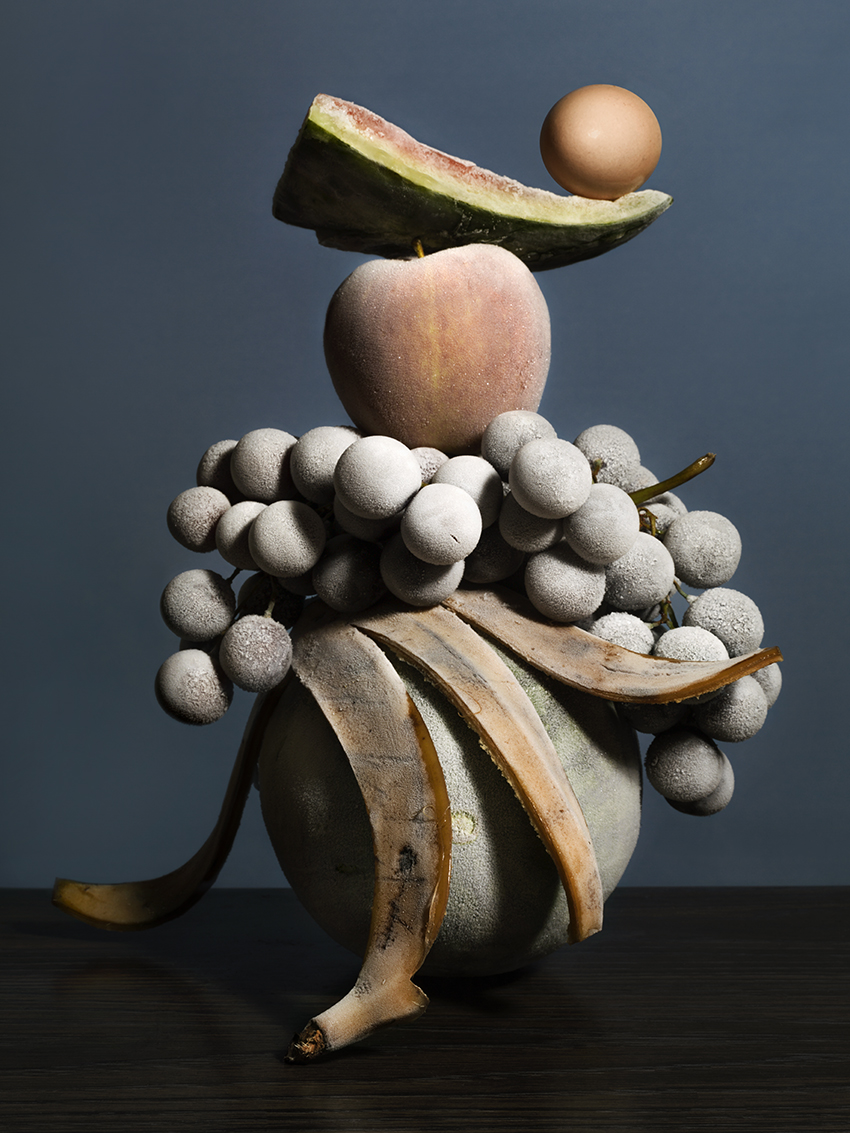 Next:
‍
These horses just need to take a deep breath and whinny! Interview with Argentine sculptor Vivianne Duchini