Art
‍
A soft architecture. Interview with Elian Chali about “Plano inesperado”, the mural presented by the Museum of Modern Art of Buenos Aires

The Museum of Modern Art of Buenos Aires has been exhibiting since the end of February a 330-square-meter mural by the Cordovan artist Elian Chali, which covers a large part of the building’s facade with geometries and vibrant colors. The corner of the museum, located on Av. San Juan in the San Telmo neighborhood, welcomes its public with colored flags and exposed brick architecture. Now, this main structure joins the “Unexpected Plan and the facade then becomes a “caller”, festive and vital. This work, the product of a long process with the curator Carla Barbero and the museum team, is a statement of the same, which has the intention of linking more to the neighborhood through actions with contemporary artists. 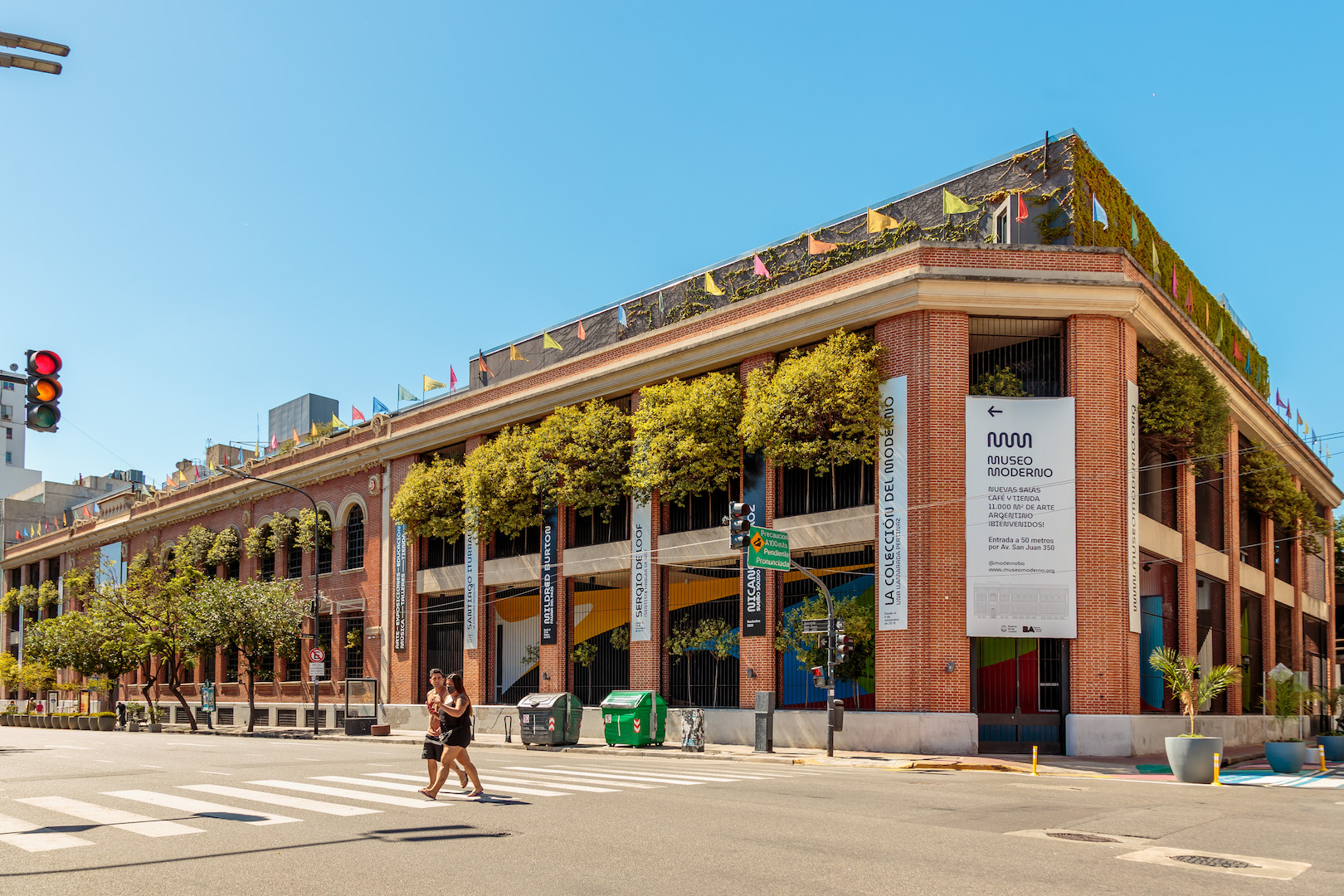 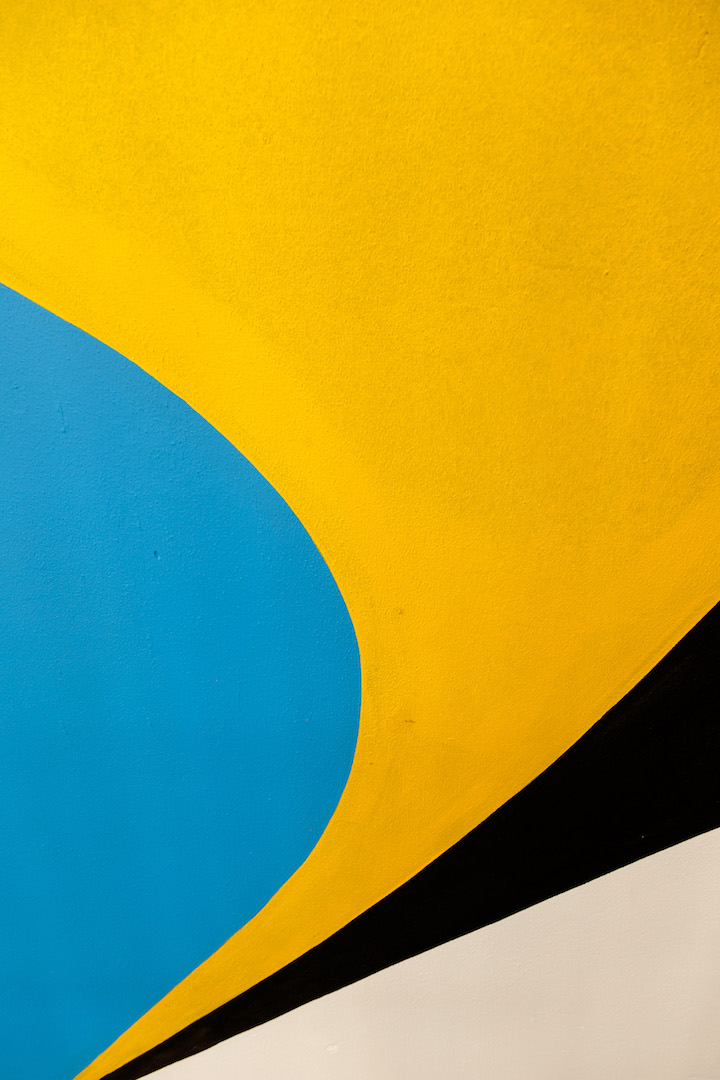 Through different cities of the world, Chali has left his mark with large-scale murals that transform heritage buildings, questioning the limit of the ‘wall’ as an element between the outside and the inside. An urban tradition like graffiti, where “street games”, socialization and appropriation of community territory are vindicated.

Disc activism –which brings together identities and corporeality with functional diversity and/or disability– accompanies his expressions. His designs, always organized from planes of primary colors, open the space like an explosion that disintegrates the pre-existing surfaces to show us another vision of the structures that we believed were static. 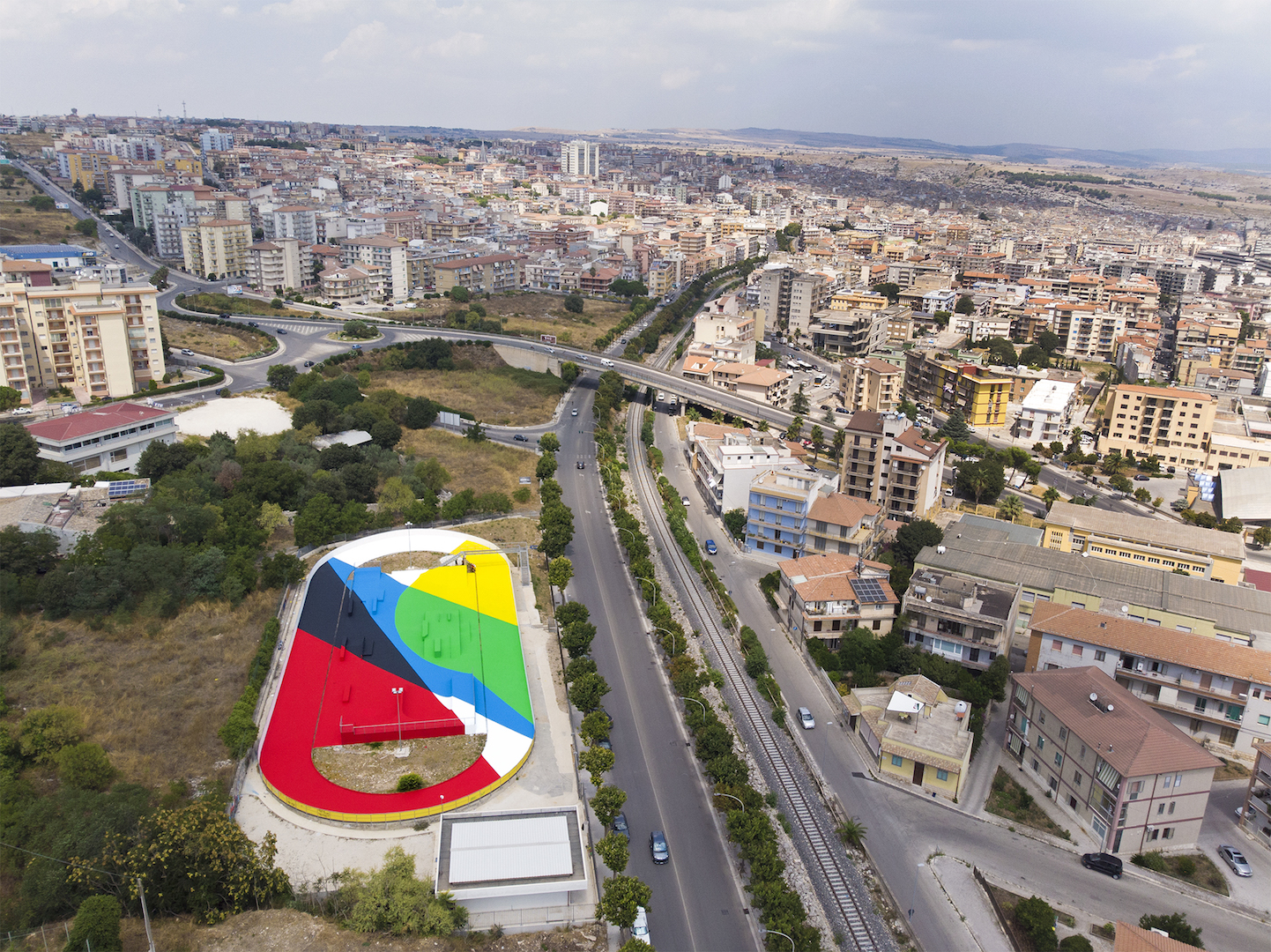 We spoke with the artist about this specific intervention:

Pía Dalesson: What aspects prevailed when designing this project, considering the specific topography of the Museum?

Elian Chali: It was a collaborative work with the curator (Carla Barbero) and the Museum’s technical team. We were exploring and wondering where the tender spot of my work was in relation to the institution, the neighborhood, the situation.

The museum as a support was a challenge due to its patrimonial condition – hence allegorical, historical, social, etc. therefore, the choice of the internal façade had to do with the possibility of scale, its previous conditions, and the effect with the public space.

Regarding the formal, the decisions were for a soft, friendly geometry, to contrast the monumental/medieval rigidity of the entire facade.

PD: What can you tell us about your creative process?

ECH: I always work with sketches because I work with many people, therefore scheduling each project is essential to achieve the goal. Generally, the process goes from digital to analog, that is, design on the computer from photographs and then the work is built by hand.

I am particularly interested in this methodology, not only because of its practicality when organizing and projecting but also because of the digital nature of the result. In other words, I consider that we live in an environment where virtuality and “reality” increasingly converge. Being able to retrace the path of the real-digital binomial and that its effects lead to a particular poetics, I think it is a good way to problematize our contexts. 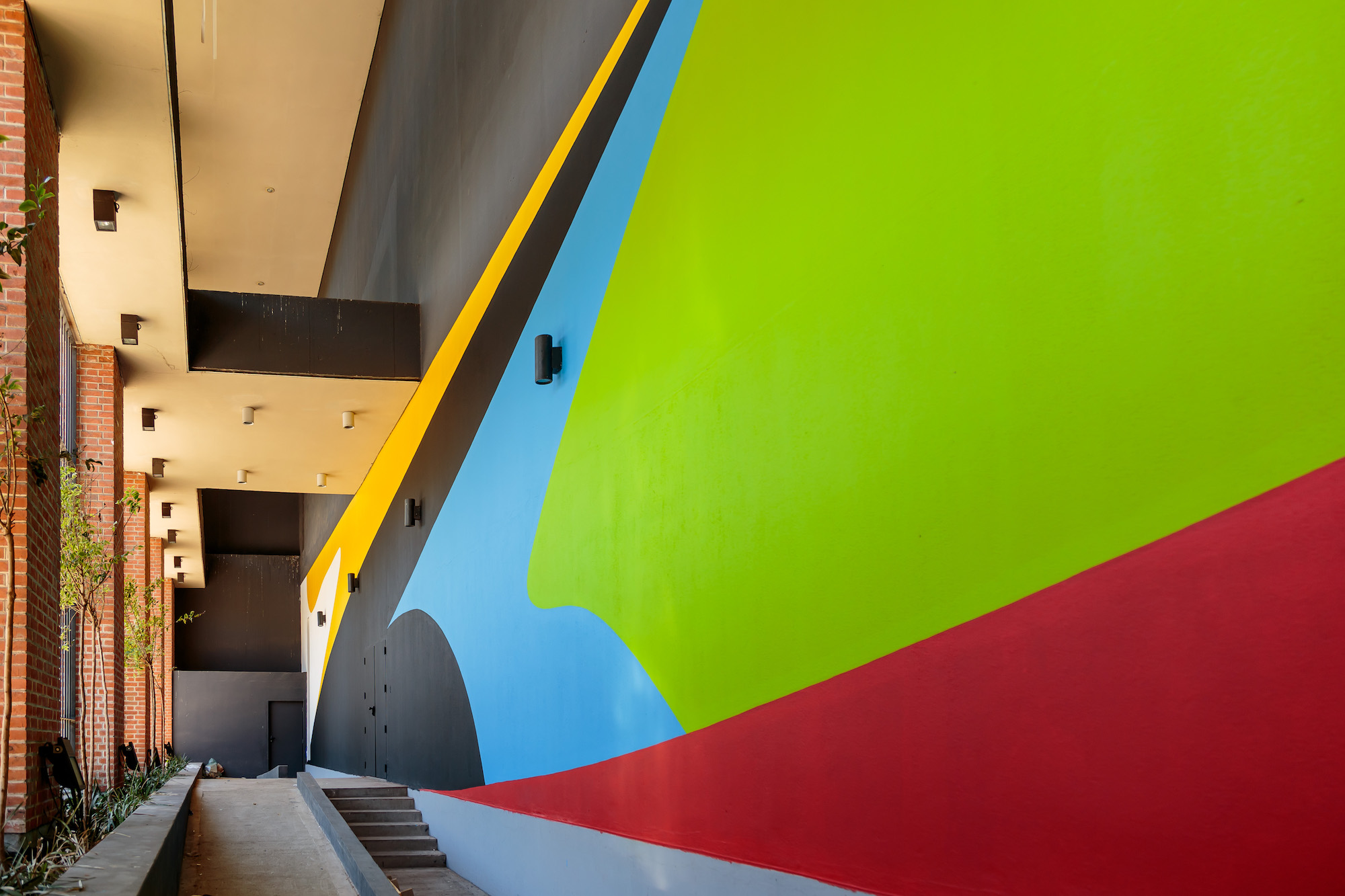 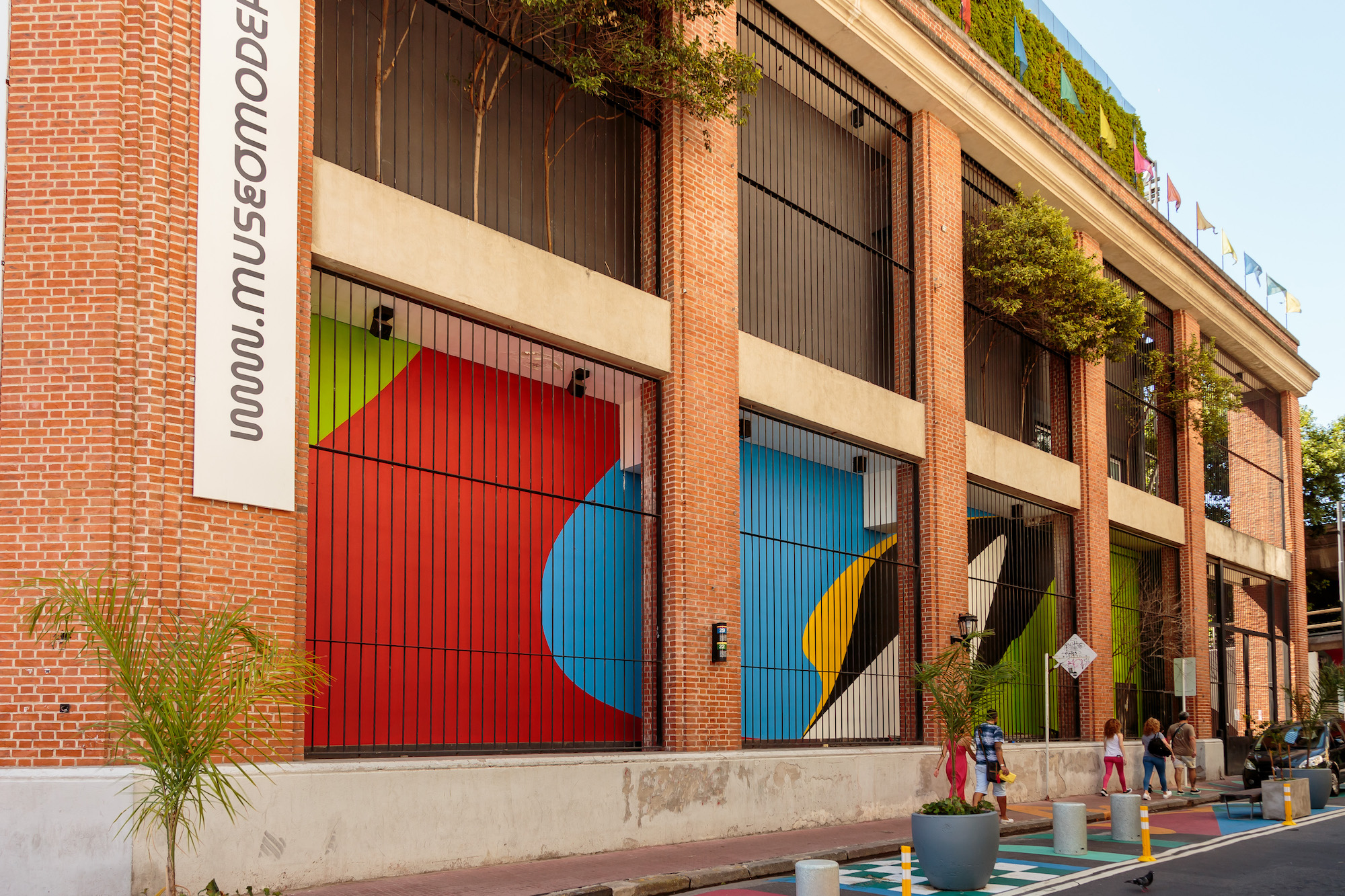 PD: Maybe the question is a bit unsympathetic, but I wanted to ask you, what about the bars? somehow it covers the mural and you can’t go inside, you just have to see it from afar …

ECH: It is part of the pre-existing. For me, the work has the capacity to resonate in two directions: on the one hand, what happens with the outside and its immediate surroundings. On the other hand, what happens inside the institution. I believe that the two ways in which the project resonates have different but equally powerful results. The museum questioning its face, its internal organization, its work processes, does not seem minor to me in this project. Somehow the incidence of my work seeks to point out this. Also, for the scale of the work and its visualization from cars, for example, the grid works as a layer, a small filter that does not stop having effects on the work. This ambiguous protection from the elements, such as the grill and the ceiling where the painting is developed, does not stop actively participating in the public space.

The fence in this work did not generate too many concerns, although of course, I consider that they are obsolete and violent.

PD: How important is teamwork for you? I think it is essential today to highlight this part of your work.

ECH: One hundred percent. Not only to be able to carry out my work, but several groups of people internal or external to the institution or to my team are also activated. But also to dispute working conditions and their effects on human relationships.

Teamwork is also a way of relating and reveals the finest emotions as well. That is also basic material for my creative processes.

PD: I think your work and your way of life can help many people as inspiration. What message would you like your work to convey?

ECH: I don’t see art as communication, nor do I think it has that responsibility. Not me, not art. I just think that there are some points of interpellation that happen at unexpected levels, with different sensitivities. I am interested in my work softening, questioning the environments where we live, elasticizing them.

PD: Any building that you would like to intervene in and you haven’t done yet?

ECH: None in particular. Contexts interest me more than buildings. Of course, a construction that has in itself an intense load due to its historical condition and others, are more tempting to me because I have elements from which to continue thinking. But I also had the opportunity to intervene in buildings that say nothing and are in super-rich contexts and that the work gives off good reflections. 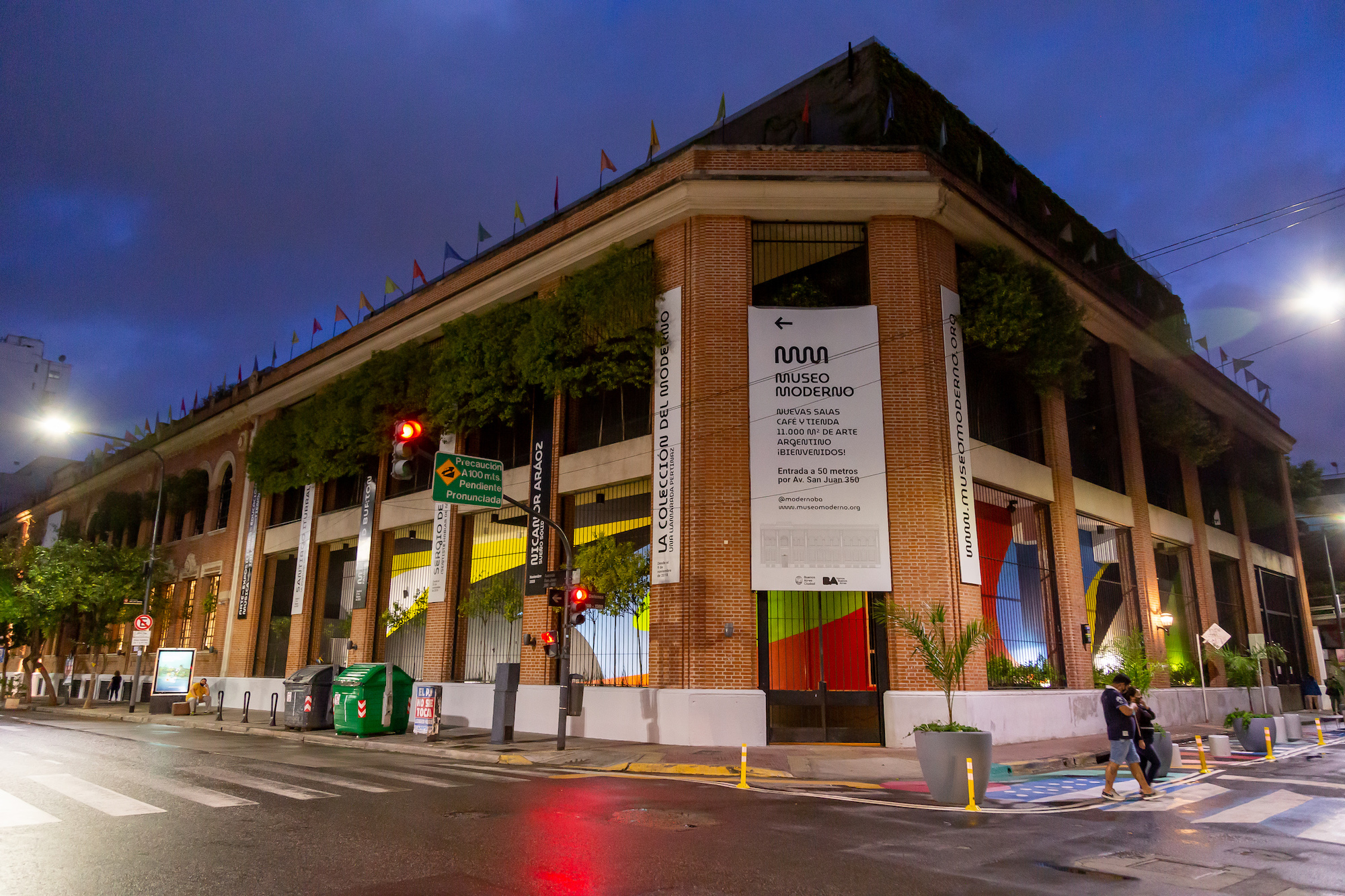 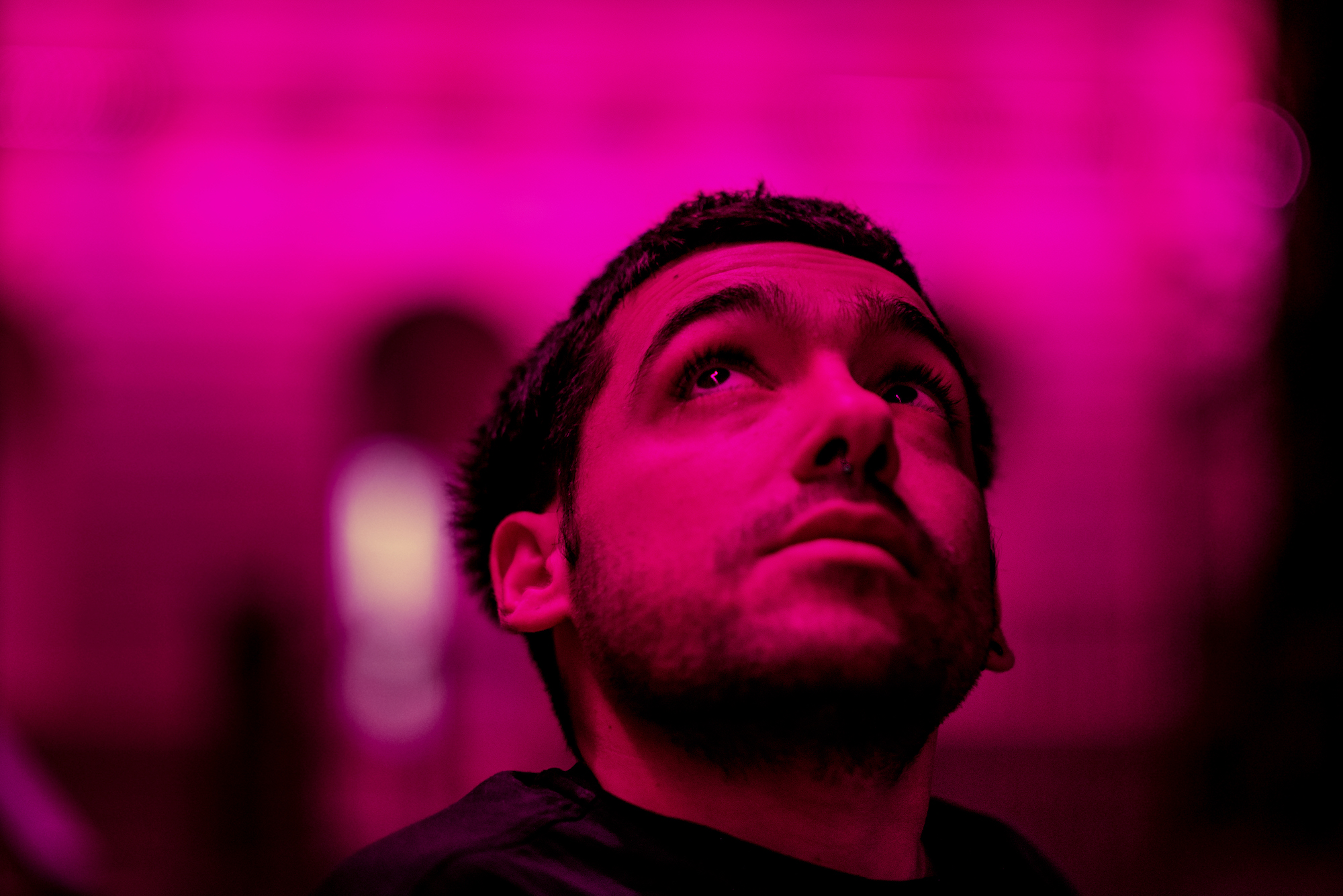 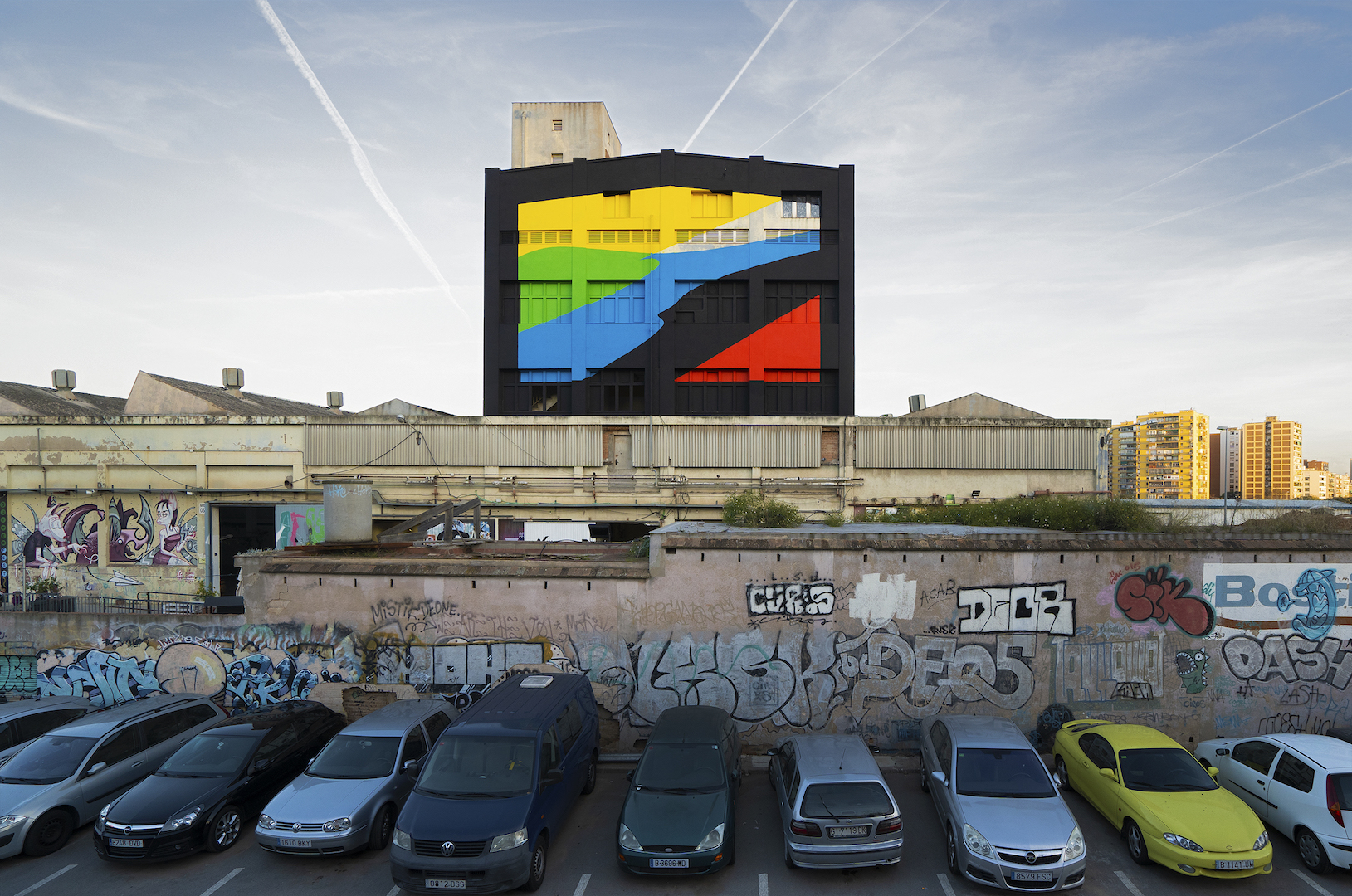 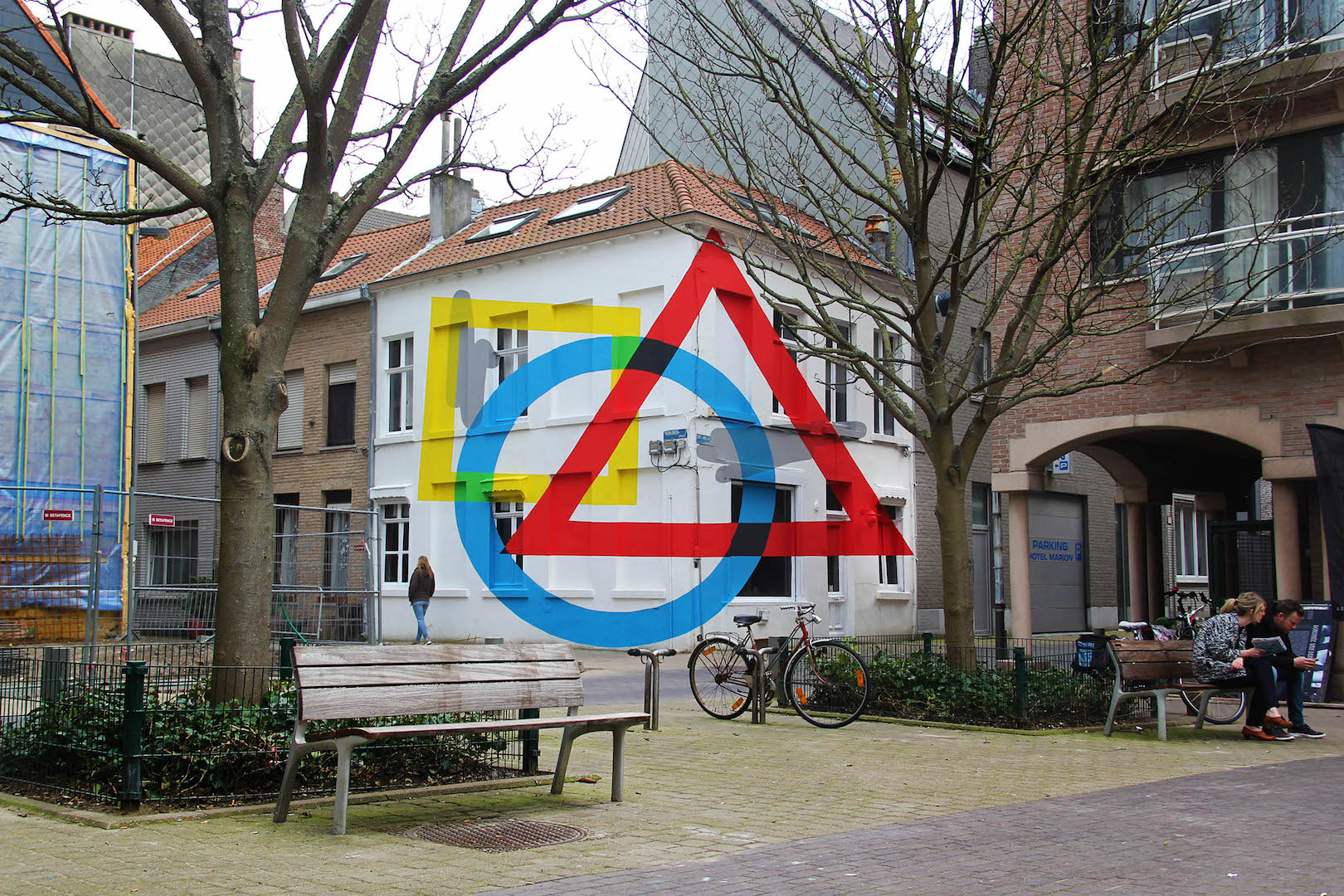 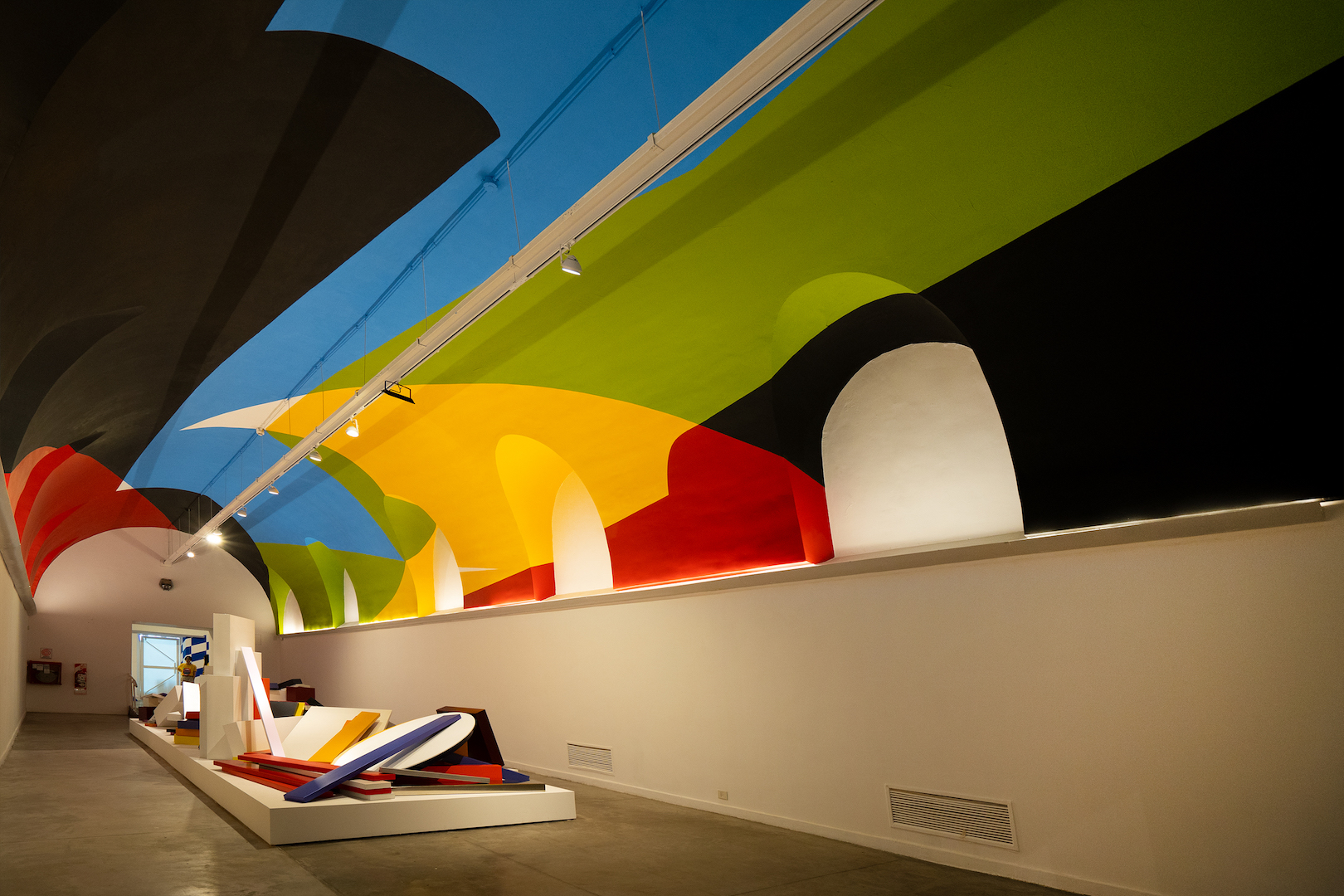 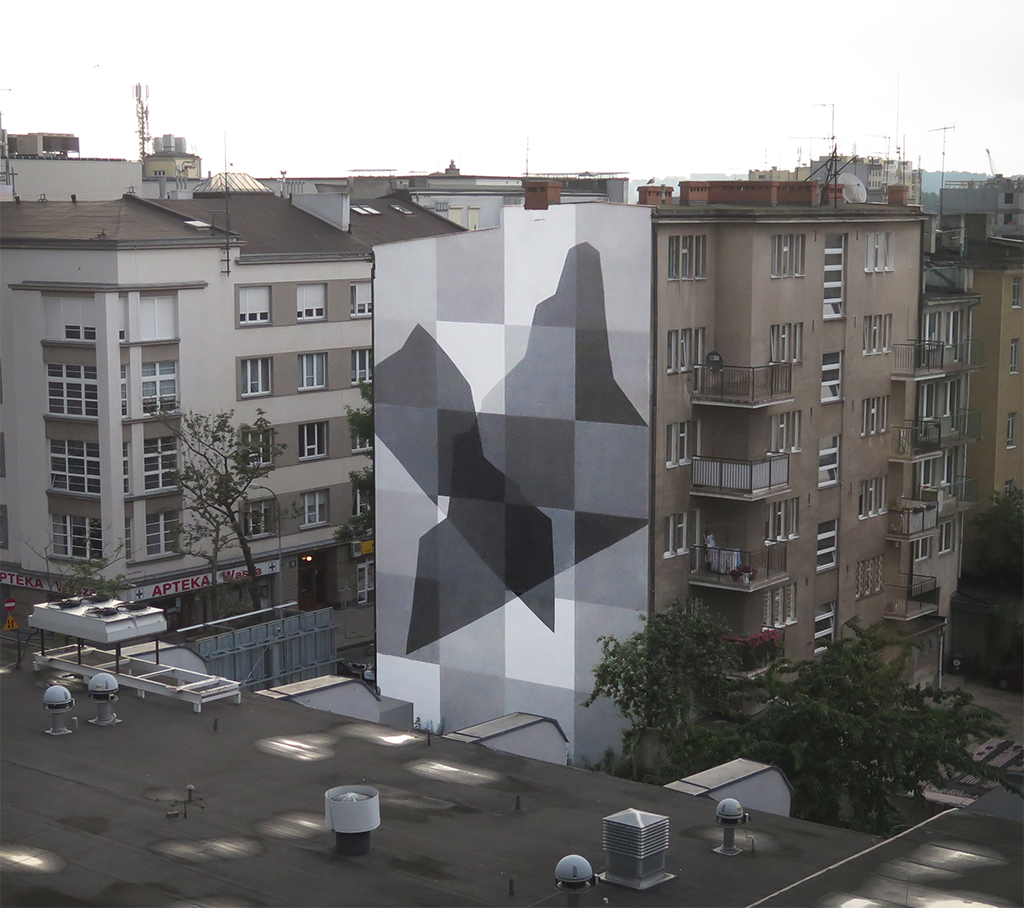 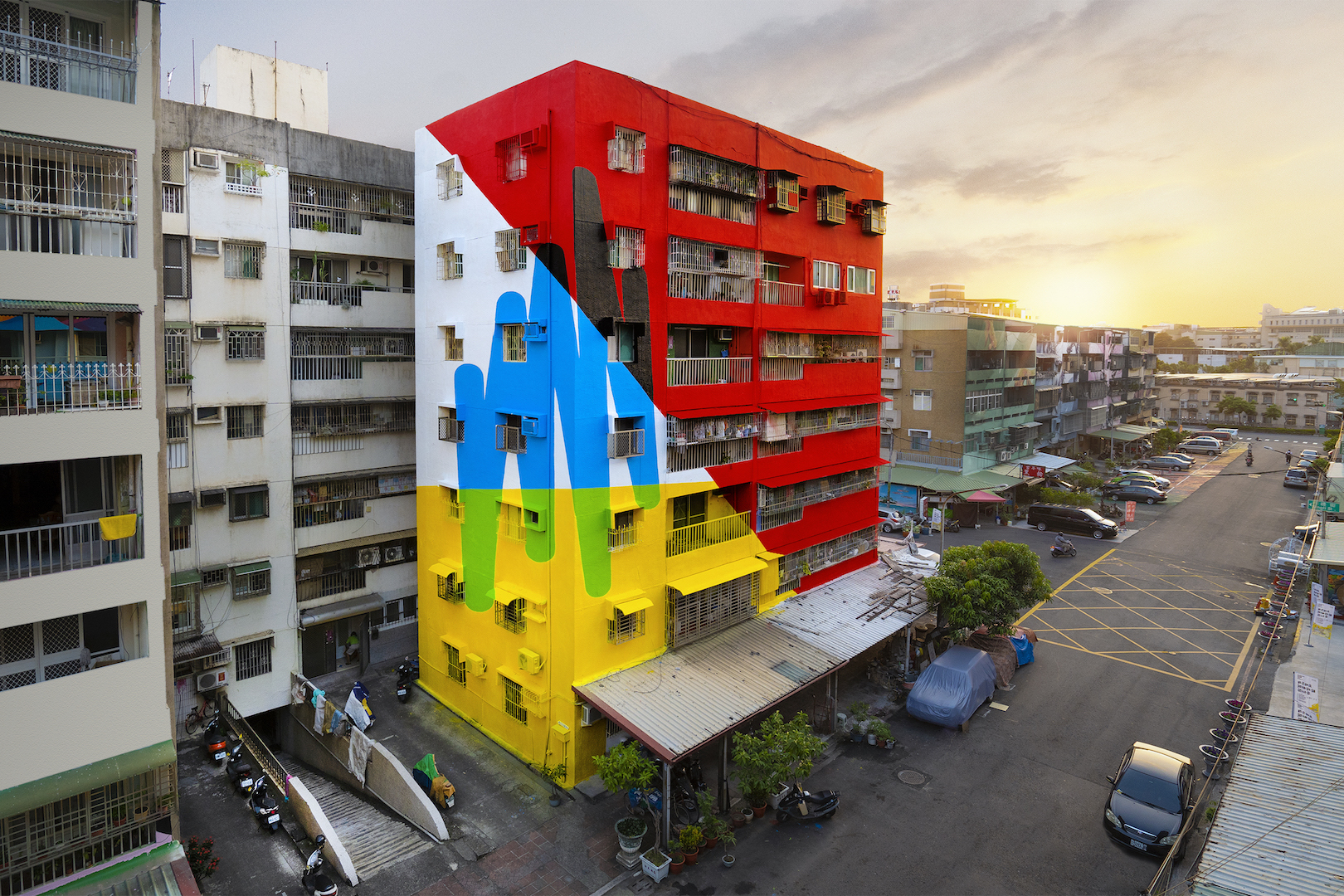